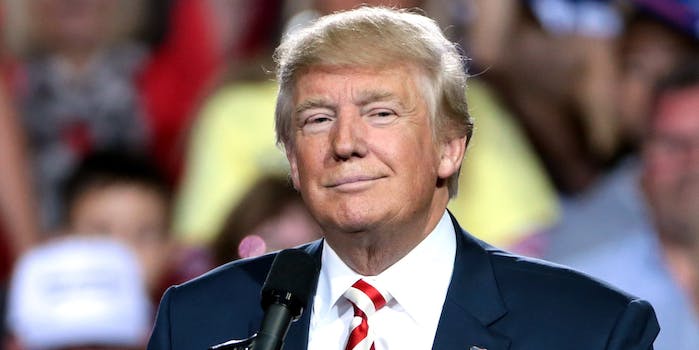 Refugees are already being detained.

Lawyers representing two Iraqi refugees being held at John F. Kennedy Airport in New York have filed an application early Saturday morning to have the refugees released, the New York Times reported. The lawyers also filed a motion for class certification to represent all refugees who they say are being unlawfully detained after attempting to enter the U.S.

One of those detained, Hameed Khalid Darweesh, had worked for the U.S. government for 10 years while in Iraq, as an interpreter for the Army, an engineer, and a contractor. His filing said he had been targeted twice for his work with the U.S., and was granted a special immigrant visa on Jan. 20, the day of Trump’s inauguration.

The other Iraqi detained, Haider Sameer Abdulkhaleq Alshawi, was coming to the U.S. to join his wife and son in Texas. He was supposed to fly from New York to Houston, but he was told by officials that he couldn’t apply for an asylum case and needed to fly back to Iraq.

“These are people with valid visas and legitimate refugee claims who have already been determined by the State Department and the Department of Homeland Security to be admissible and to be allowed to enter the U.S. and now are being unlawfully detained,” Mark Doss, supervising attorney at the International Refugee Assistance Project, told the New York Times.

Update 12:19pm CT: Rep. Jerry Nadler (D-NY) has tweeted that Darweesh has been released from the airport.

Also working to free the refugees from the airport is Rep. Nydia Velazquez (D-NY).