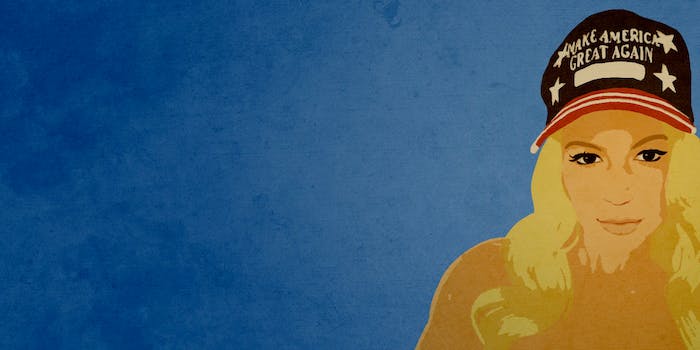 Trump girls did not break the internet

Over the weekend, we received reports that there was an attempt to break the internet. The news may be shocking, but it appears a group of female Trump supporters went online under the banner #TrumpGirlsBreakTheInternet, in an attempt to bring down the network in the name of their chosen political candidate.

Luckily, we can report that, despite Trump girls’ efforts, the internet remained intact. It was saved by a counter-attack, aimed at making fun of those who support the presidential candidate.

While it’s never cool to make fun of women for voicing their opinions (and, unfortunately, opponents to the hashtag relied on a lot of ad hominem attacks), well, this is what free speech looks like. And we know how much Trump is fan of the First Amendment.