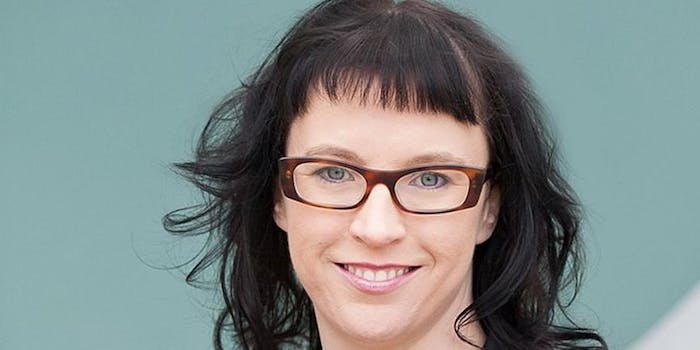 Kelly was running for Vancouver Park Board when a video of her joking about her "solitary sex life" surfaced.

Most politicians who become embroiled in career-killing sex scandals do so because they’ve had sex with another person. Trish Kelly, a former Vancouver park board candidate who resigned following her own sex scandal, got in trouble for having sex with herself.

The video itself is not particularly lurid or titillating, and as Erin Anderssen of the Globe and Mail points out, “[it’s] the kind of commentary you’d see today from the 20-somethings [on] Girls.”

But that didn’t stop blogger Raymond Tomlin, who posted the video last week, from referring to it as “yet another nail in the coffin of the Vision Vancouver campaign,” comparing it to rumors of Vancouver Mayor Gregory Robertson’s alleged infidelity.

A few days later, following lengthy discussions with her fellow Vision Vancouver members, Kelly stepped down from the campaign. According to the Globe and Mail, she wasn’t happy about it:

“They [her fellow party members] explained to me that this is just the beginning,” says Kelly, a performance artist and long-time activist making her first step into politics, “and there is definitely more work that is more risky, not quite as cute, that could be brought out as a smear campaign.” It would “pull focus” from all the other issues, she says. “They really painted a picture of what my life was going to look like the next four months defending this.”

Whether that’s true or not, it’s difficult to argue that Kelly, who is openly bisexual and publicly identifies as a sex-positive activist, was treated unfairly for the video. If nothing else, her story stands as testament to the harsh truth that even in the 21st century, women who dare to speak openly about sex will likely be penalized for it—and Kelly herself is concerned that it sets a dangerous precedent for future sex-positive activists who want to run for public office.

“I worry about how what’s happened to me will impact younger people who have lived their entire adolescence, or their entire process of self-actualization, in an era where everything is documented through the Internet,” she says. “How will they ever feel that they can run for public office?”