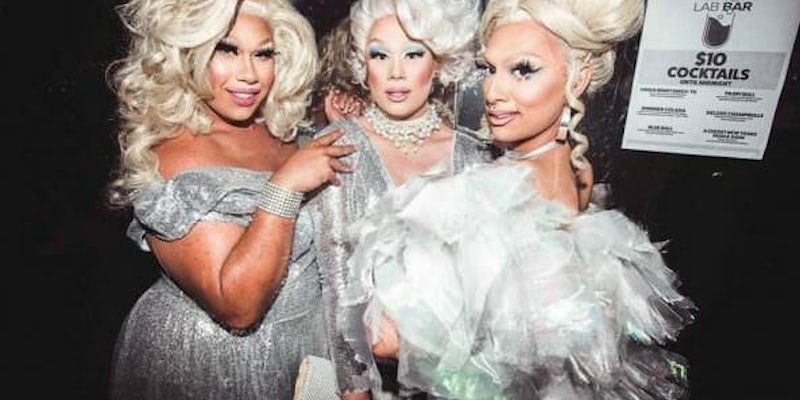 'Like Destiny's Child, they strutted in and saved me.'

After a brutal homophobic attack left him with a broken jaw, a New Zealand man was rescued by he calls “three angels”—otherwise known as a trio of drag queens.

34-year-old Ivan Flinn told news.com.au that he was on his way home from a night out in Darlinghurst, a Sydney neighborhood famous for its gay nightlife, when he was confronted by a group shouting homophobic slurs.

“There were heaps of homophobic slurs, ‘you f*****g faggot, you queer c**t,’ all the slurs you can possibly imagine,” Flinn said. “I said, ‘Dude, don’t ever use the word faggot and especially not on Oxford Street of all places.’”

Flinn said one of the men grabbed his shirt and punched him in the face, breaking his jaw while screaming, “You f*****g faggot.” Sydney drag trio Coco Jumbo, Ivy league, and Vybe were leaving a nearby restaurant after a performance when they stepped in to break up the fight.

“I am a bit religious and I really thought I was going to die,” Flinn said. “I was praying for a hero and I got three angels.”

Luke Karakia, who performs as Ivy League, was reportedly injured in the scuffle. But that didn’t stop the three queens from scrapping with the men in the middle of the road until police arrived on the scene.

“Those boys s**t themselves, they weren’t ready for some drag queens on top of them,” Karakia said.

According to news.com.au, Australian police confirmed that the attack involved up to seven people.

Flinn has since started a GoFundMe campaign for the “Drag Queens who saved my life,” to raise money to replace the queens’ wigs, heels, and nails that were lost or damaged in the fight. The campaign has already exceeded its $1,000 fundraising goal.

“Like Destiny’s Child, they strutted in and saved me,” Flinn writes in the campaign’s description. “Punches were flying. Hair was flicking. Nails were breaking. I was stunned on footpath [sic], thankful drag queens exist.”