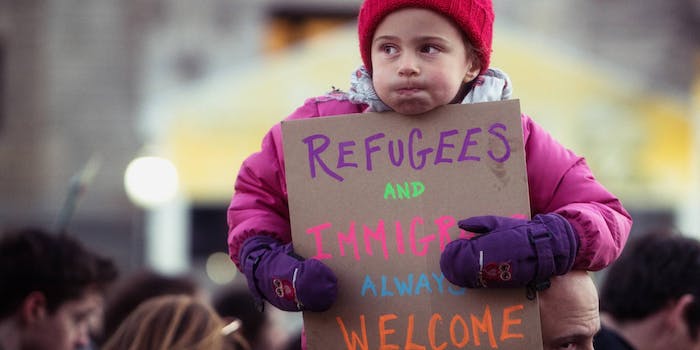 The White House told officials to 'get with the program' or 'go.'

An internal State Department memo, describing the chaos caused around the world last week at President Donald Trump’s immigration ban, has been signed by about 900 officials.

The critical memo, distributed on a Vietnam-era Dissent Channel created in 1971 for diplomats to communicate their concerns without fear of White House reprisal, was written by a foreign service officer based in Dubai.

The imposed travel ban was made effective by Trump on Friday through executive order and banned citizens from seven Muslim-majority countries from entering the U.S. The implementation was criticized as messy and chaotic as hundreds of travelers from the specified countries were detained, questioned, and deported from U.S. airports.

Staff at the Dubai office, charged with processing Iraqi and Iranian travel clearance documentation, were “inundated” as travelers struggled to understand how the executive order had rendered previous arrangements void. In the memo, the service officer reports the “frustration and confusion” as the new policies were implemented.

One Iraqi man turned away had served as an interpreter with the U.S. Army, while an Iranian man was due to fly back to his pregnant wife—fearful he’d now miss the birth of his child.

Another more harrowing story describes a desperate Iranian couple pleading for the right to travel back to the U.S. to see their ill child.

“By the time the ban is lifted, my son is going to be dead from cancer,” they reportedly told diplomats.

The memo, which was marked as “Sensitive But Unclassified,” was published in full by the Intercept.

A senior State Department staff member confirmed to Reuters that the signed memorandum had been submitted to management. Regarding the criticism, White House Press Secretary Sean Spicer said on Monday that officials can “get with the program” or “they can go.”