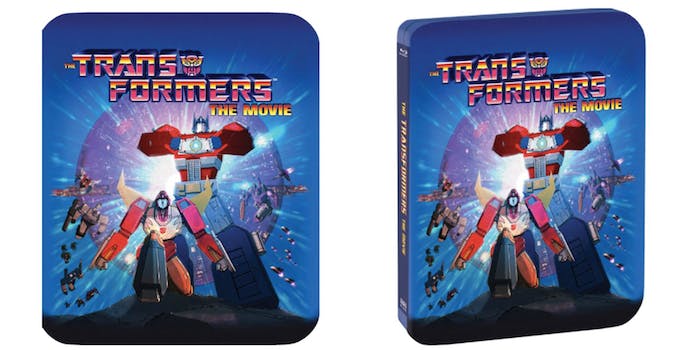 Celebrate 30 years of ‘Transformers’ with this limited edition steelbook deal

For just $20, the extra bonus features are enough to make this worth buying.

Before Michael Bay even had an explosive glimmer in his eye, Transformers involved much less CGI.

In honor of the 30th anniversary, tried and true fans of the franchise can relive their childhood by pre-ordering the limited edition Transformers: The Movie steelbook on Blu-ray. Head to Amazon now and you can save 43 percent.

The 30th anniversary edition includes special bonus features like The Comprehensive Documentary Looking Back at the Transformers: The Movie, animated storyboards, two new featurettes, the original theatrical trailers and more.

Those unfamiliar with this era of Autobots can expect a well-known cast, including: Leonard Nimoy, Robert Stack, Judd Nelson, Peter Cullen and Eric Idle. It’s filled with action-filled entertainment that will keep your eyes glued to the screen. All you need is a bowl of sugary cereal.