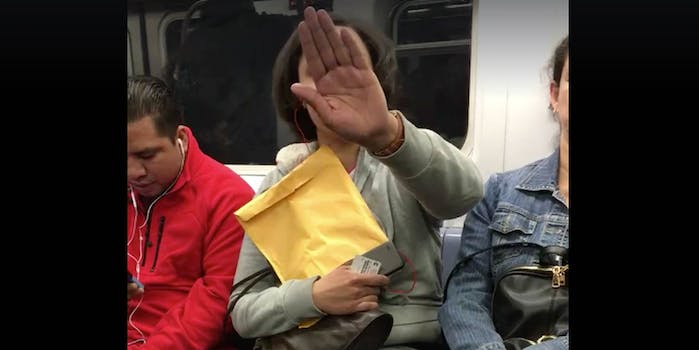 On April 28, Pearl Love found herself the subject of a transphobic rant from stranger on the New York City subway. Love’s recorded video of the encounter, which she posted to her Facebook page, eventually went viral, and even earned her a note from Hillary Clinton.

Now the woman who yelled at her is telling her side of the story—and she isn’t changing her mind.

Local news outlet Pix11 tracked down Sarah Eldridge, the woman seen ranting in the video, who admitted she was already in a bad mood because she had been robbed earlier that week. However, she said, “I meant what I said. That person offended me in a way. That person was, to me, explicit. To me, too much. To me, I couldn’t stand it.” When asked if she would apologize to Love, she said, “I don’t think it’s that time yet.”

Eldridge says she’s received death threats online because of the video, which clearly shows Eldridge’s face, and has had to deactivate her Facebook page. She asks that people, “Don’t judge me unless you know me,” seemingly missing the irony of judging Love at face value. 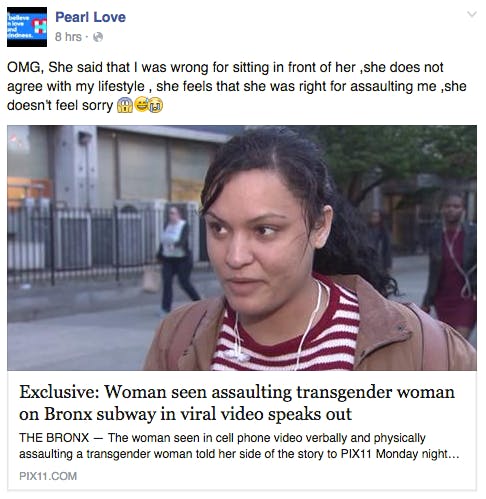