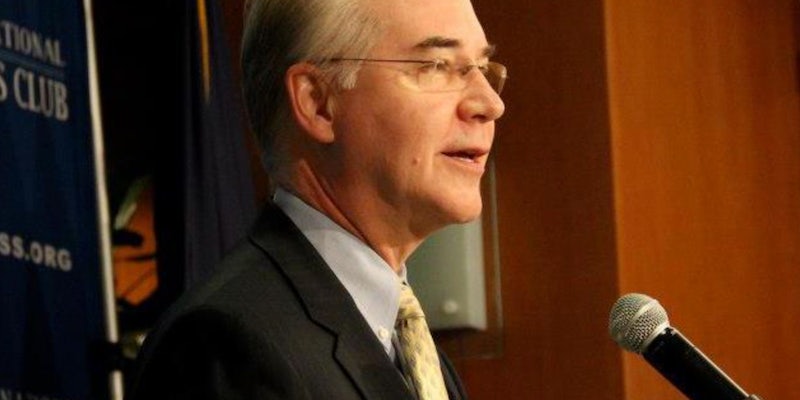 'Bring me one woman who has been left behind.'

Today, President-elect Donald Trump appointed Rep. Tom Price (R-Ga.) as his Health and Human Services Secretary, a man who claims, among other things, that “not one” woman struggled to pay for birth control in the United States.

As the nation’s top health official, Price will not only be in charge of what happens to the Affordable Care Act, but also to the funding of Planned Parenthood. Since his voting records show he has consistently opposed both, even introducing legislation to repeal Obamacare, Price could put women and low-income individuals at risk of having little to no health options.

Back in 2012, Think Progress asked Price what would happen to low-income women if contraceptive coverage was rescinded. “Bring me one woman who has been left behind,” he responded. “Bring me one. There’s not one. The fact of the matter is this is a trampling on religious freedom and religious liberty in this country.”

A quick fact-check on Price’s statement proves otherwise. A 2010 survey commissioned by Planned Parenthood shows that 55 percent of women have struggled with the cost of prescription birth control. The number goes up to 57 percent for Latina women. Even after the Affordable Care Act was signed into law in March 2010, millions of women have been unable to afford birth control or access reproductive health clinics, especially in states like Texas, Alabama, and Price’s home of Georgia, where poverty rates are some of the highest.