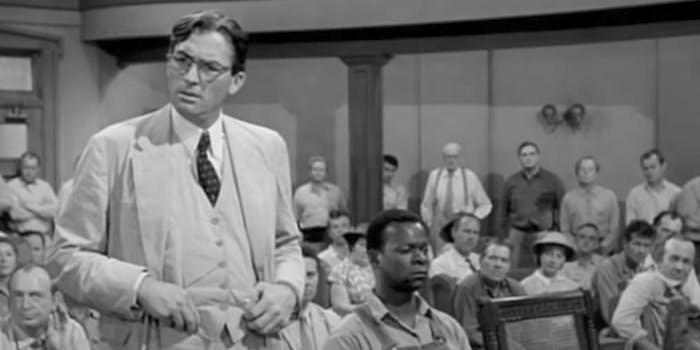 Mississippi school district pulls ‘To Kill A Mockingbird’ for being ‘uncomfortable’

This is far from the first time the novel's been pulled from curriculum.

A Mississippi school district is pulling To Kill A Mockingbird from its 8th-grade curriculum after receiving complaints about the “wording” of the novel.

According to the Sun Herald, the Biloxi School District is replacing the novel in its curriculum. While the book will no longer be part of the grade’s English language arts lessons, it is still in the district’s libraries.

“There were complaints about it. There is some language in the book that makes people uncomfortable, and we can teach the same lesson with other books,” Kenny Holloway, vice president of the Biloxi School Board, told the publication.

In further detail, a “concerned reader” told the publication that the book’s use of the “N-word” led to complaints and that this change was made midway through the lesson plan. According to the district’s middle school website, the “the Golden rule” and “taking a stand” are the current themes for language arts classes, and students were anticipated to learn that compassion and empathy do not depend on race or education.

To Kill A Mockingbird, written by Harper Lee and published in 1960, is a celebrated novel taught throughout middle schools in the U.S. for its lessons on prejudice and injustice.  Across the internet, Sen. Ben Sasse (R-Nebraska), Piers Morgan, and critics in between slammed the district’s decision, particularly in the context of re-emboldened bigotry and racism in the U.S. sparked by white supremacy and police brutality.

To Kill A Mockingbird, an American classic. Yet they ban the book – but the country can’t agree to ban assault weapons? #SMH https://t.co/b5UfextrdV

The morons who took this absurd decision make ME feel uncomfortable. https://t.co/foWYqkL6nX

We live in country where "To Kill A Mockingbird" makes some people uncomfortable but a man in the White House who is unable to condemn Nazis & their propaganda is just fine. https://t.co/PNKp1HC3JX

The novel is one of the most challenged and banned classic literature novels of all time, according to the American Library Association’s Office for Intellectual Freedom, via PBS. In 2012, a high school student in Colleyville, Texas was given an alternate book assignment when the parents took issue with the novel’s themes of race and politics.

Dramatic Publishing Vice President Chris Sergel has even said the publisher is often asked to change or remove words, but the requests are always denied.

“There are many resources and materials that are available to teach state academic standards to our students. These resources may change periodically,” Biloxi Superintendent Arthur McMillan said in a statement. “We always strive to do what is best for our students and staff to continue to perform at the highest level.”