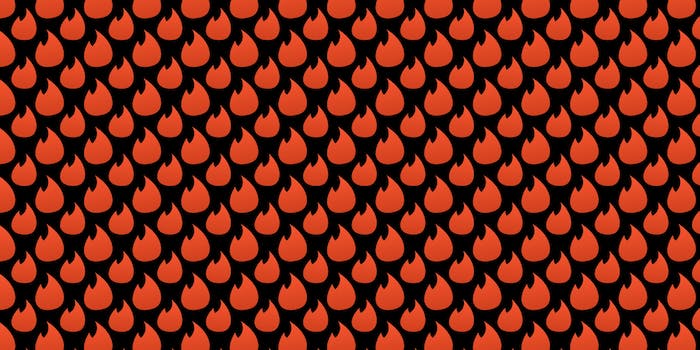 A guy took to the streets of Las Vegas to see if they'd work.

Anyone who’s ever used Tinder knows that the app’s users are prone to saying absurd, offensive, and absurdly offensive things. There’s an entire Instagram account called Tinder Nightmares that chronicles the bad, the worse, and the worst of Tinder messages. But what if you tried those lines “IRL,” as the kids say?

A young man named Stephen Chicoine took to the streets of Las Vegas to see what would happen if he used the horrible lines on people standing right in front of him, rather than on the other side of a phone screen.

While the experiment didn’t land him any dates (or tail), he did get into a lively debate about whether or not you can rent a port-a-potty, and he scored an invite to a bachelorette party.

As his Twitter profile says, “Work hard and good things will happen.”

Illustration by the Daily Dot