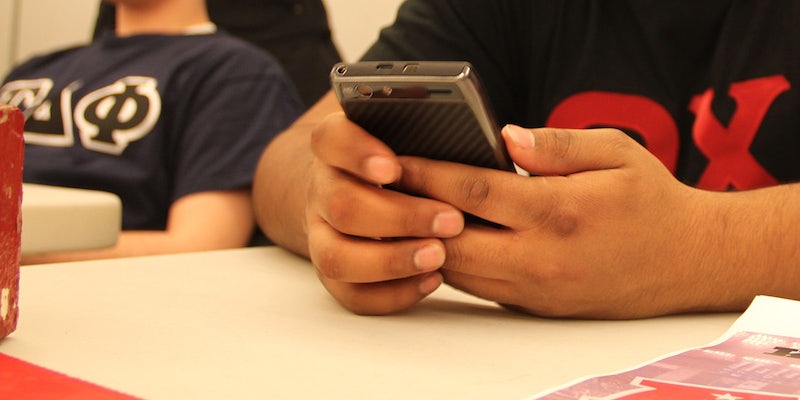 This Tinder hack forced dudes to awkwardly flirt with other dudes

Now how are they supposed to find love?

Tinder is the type of dating app/social network that’s so ridiculous that it’s just begging to be hacked. A California-based programmer just hacked the dating app in the best possible way: by making sure that men could only talk to other men.

The anonymous programmer, “Patrick,” recently set up a hack which makes dudes chat with each other, instead of the babe they were hoping to land. Due to a weakness in Tinder’s API, Patrick was able to create a bot account for a lady.

“Tinder makes it surprisingly easy to bot their system,” Patrick told the Verge. “As long as you have a Facebook authentication token, you can behave as a robot as if you were a person.”

After Patrick created the lady bot, male users would swipe right on her. Instead of being matched with a woman, however, they’d be connected to another dude who’d also swiped right on the bot. Feelings of confusion (sexual and otherwise) ensued.

Some guys try to get to the bottom of it: 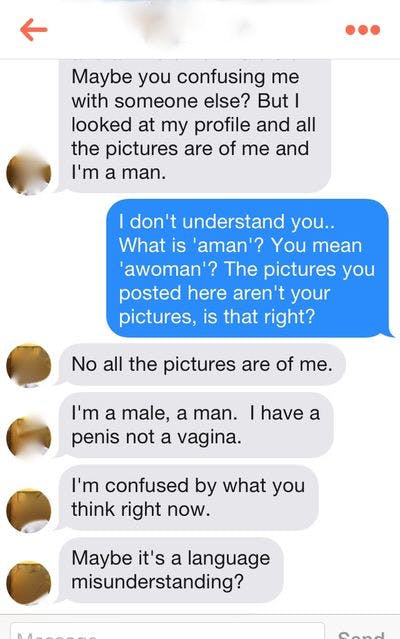 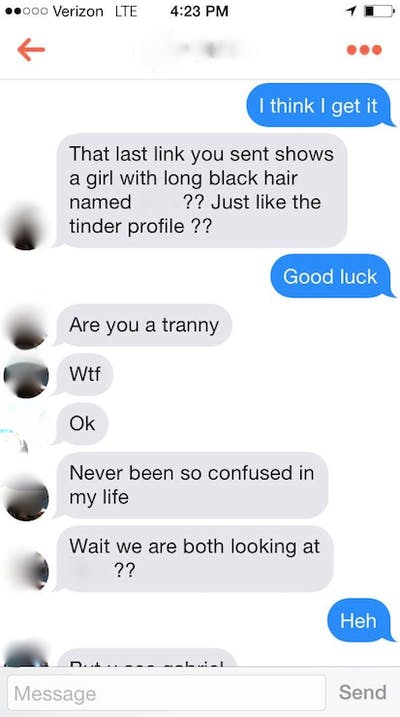 While others had absolutely no clue: 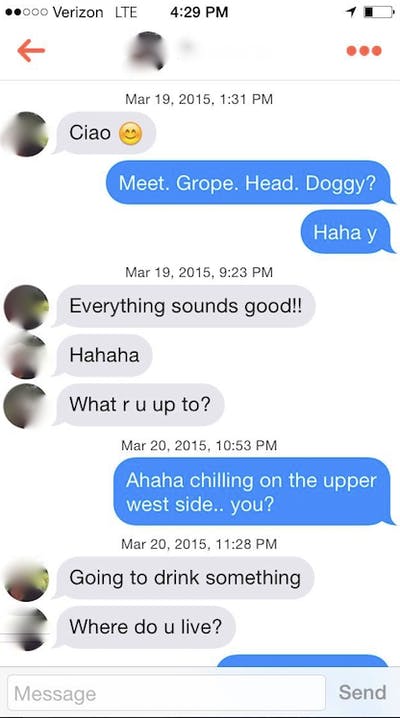 Within the first 12 hours, 40 delightfully weird conversations were started on Tinder, thanks to Patrick’s efforts.

But he apparently doesn’t feel too bad about toying with these dudes’ romantic fates.