“I can only assume these violations they refer to are cartoon naked men."

Earlier this week, we told you about Anna Gensler, the 23-year-artist who started creating nude drawings of the men who sent her creepy messages on Tinder. She was doing this on an Instagram account called Instagranniepants, and yesterday, the account was shut down.

“I can only assume these violations they refer to are cartoon naked men,” she adds. 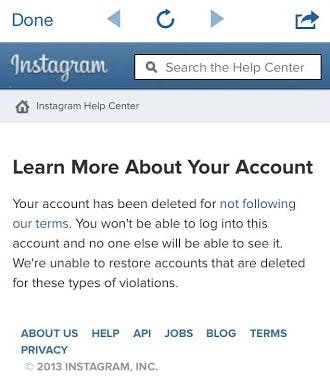 She started a #freegranniepants campaign on a second Instagram account, which featured censored drawings, to rescue the main account from Insta-limbo. Then she received an email from Instagram’s community operations team, which informed her the account was “suspended by mistake,” and that it should be functional now. Then it was shut down again, and put back up. (It is currently up, but Gensler says individual photos are still being removed.) 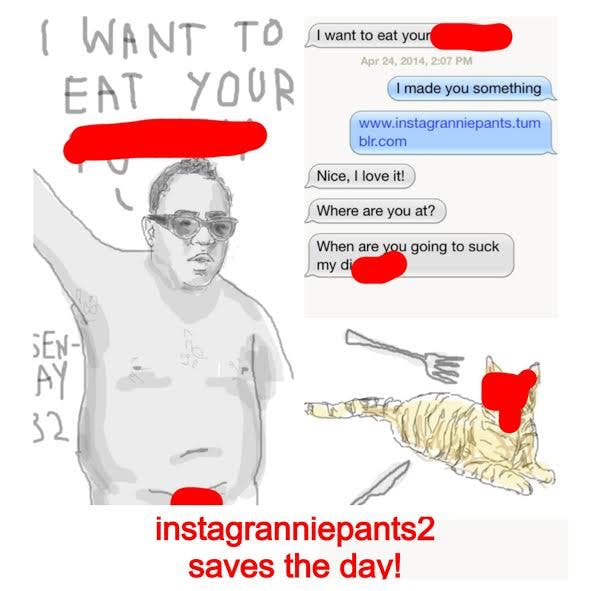 This certainly isn’t the first time Instagram has censored a user’s photos. Their terms of service do prohibit nude and partially nude content, but should that extend to art? And what about the partially nude photos that get to stay up on Instagram?

“I think this really illustrates, again, the double standards that exist on the Internet,” Gensler says. “Instagram’s home page is full of photos of women in nothing but thongs, yet when doodles of men with scribbled penises become popular, they are quickly censored.”

But never fear: While the Instagram story develops, Gensler has moved her artwork to a more accepting space.

“It is true that there is a Tumblr, and I would love to let everyone know that there is not the risk of things being censored there.” 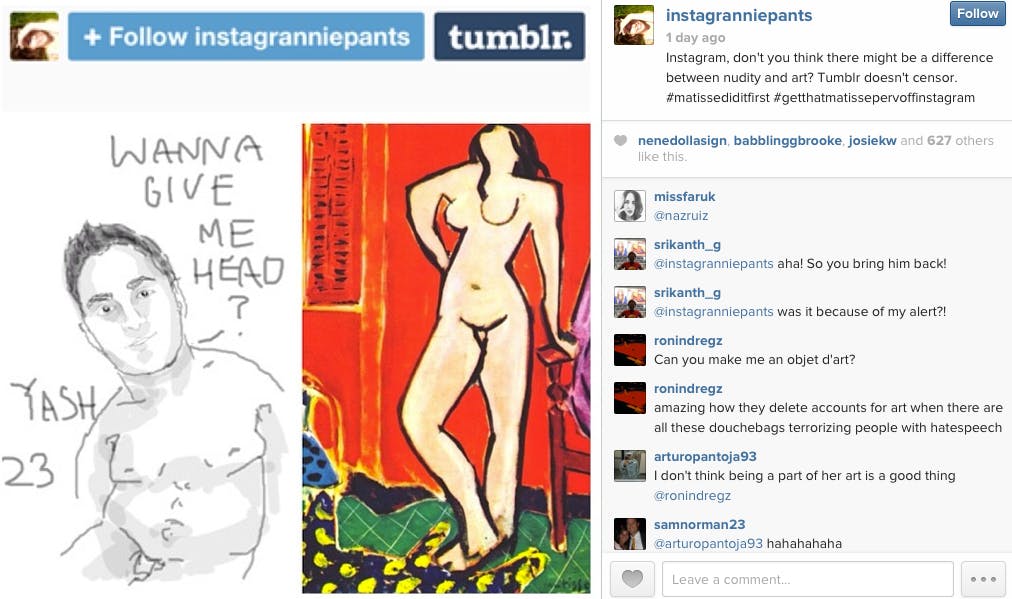 Photo by Johan Larsson/Flickr and HotlantaVoyeur/Flickr (CC BY 2.0) | Remix by Fernando Alfonso III