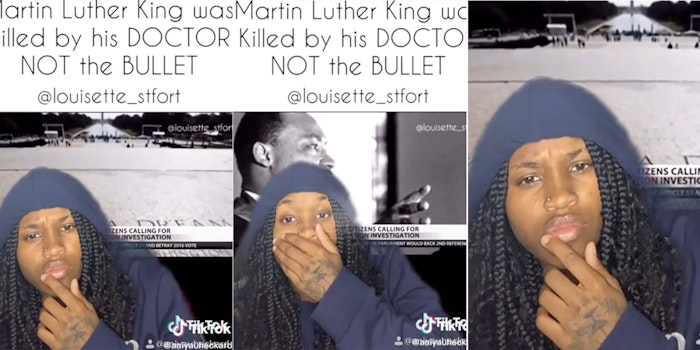 The man behind the MLK theory has some interesting connections to the murder case.

TikTok personality A’Niya Heckard shared a video on the platform that delves into how Martin Luther King, Jr. “really” died—and it’s gaining new virality on the holiday celebrating the slain Civil Rights leader, even though its origins are questionable.