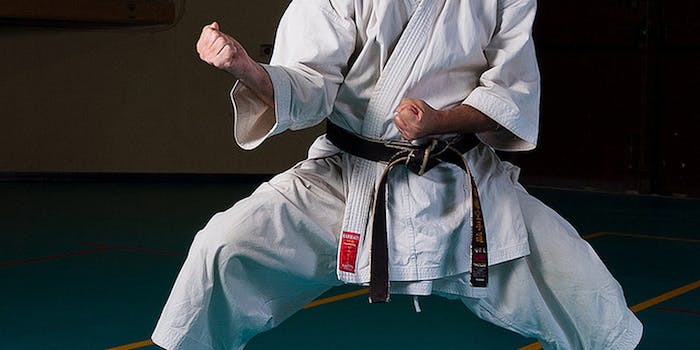 Here’s how to end a karate match in 3 seconds

A good karate match involves combatants of relatively equal talent and training, but a great karate match hinges upon one dude’s ability to KO the other with a single devastating kick.

So, is this the shortest martial arts fight in history? The only way it could have ended sooner is if someone had fainted when he stepped onto the mat. (Or if I were the guy on the left.)