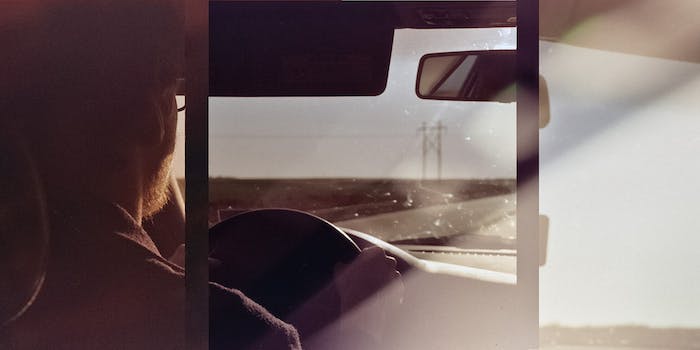 Three half-brothers go West for the adventure of a lifetime

In this case, three halves make a whole lot of confusion.

And you thought your family reunions were complicated.

A man brought his two half-brothers together for the first time with a cross-country road trip—and he documented it all on Tumblr. On a Tumblr called Three Ami-Bros (a play on the film The Three Amigos), the narrator Yancey Strickler scoops up 22-year-old Stephen and 17-year-old Dylan for a trip out West. The two had never met each other despite living in the same town in Virginia. Yancey and Stephen share a mother, while he and Dylan share a father.

Can you already see the indie movie? Good thing Strickler is a co-founder and head of communications for Kickstarter, so he can get the inevitable film funded.

The trip started Aug. 23 in Los Angeles. Since then, the boys have hung out on a Zach Braff movie set in Santa Monica, hiked in the Grand Canyon, climbed to a waterfall in Utah, played guitar around a campfire, exchanged girl-related woes, bought each other records at Amoeba, and struggled with their relationships with one another.

On Tumblr, he writes:

“They were both family to me, but what were they to each other?

This was apparent even with the simple use of nouns. Stephen and I share a mother, and Dylan and I share a father. Both parents remarried years ago, and I grew up with two step-parents who I remain close with. Stephen’s father is Tommy, and Dylan’s mother is Karen. Growing up I called them by their first names.

Whenever I’ve spoken to Stephen or Dylan about Tommy or Karen, though, I’ve always called them Dad and Mom. I’d ask Stephen how Dad is doing, meaning Tommy. I’d ask Dylan about Mom, meaning Karen. But with all of us together, this was confusing. Mom who? Families were colliding. I had to either make very direct eye-contact with the person whose Mom I was talking about, or I had to use first names. It was strange.”

Check it out and explore the true meaning of family before Wes Anderson takes it to Hollywood.