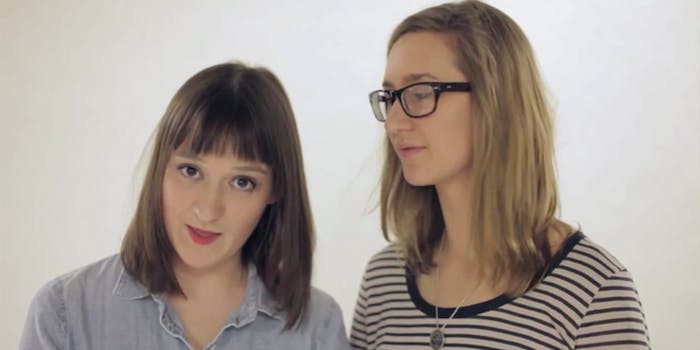 Two 2013 grads are looking to change the face of journalism.

When writers Joanna Demkiewicz and Kaylen Ralph surveyed the literary landscape earlier this year, they noticed female voices in journalism are still underrepresented. More specifically, the two recent Missouri School of Journalism grads wanted a place where women in longform journalism could find support and share their work.

“When we were on the cusp of graduation, we heard a lot of intimidating rumors about what it was like to enter the journalism industry,” they told the Daily Dot. “But now, as 2013 journalism grads, we feel we are a part of a generation that is able to engage with the industry. The landscape is permeable, if you are willing to challenge what you think needs [to be] challenged.”

So they started The Riveter, a new online magazine devoted to longform pieces by female journalists. In their mission statement, they relate why The Riveter is important:

“We are dedicated to exposing the power of women as storytellers, because we noticed a void in the representation of female longform journalists. This is our effort to fill it, and to diversify the narrative. We don’t believe in stories that can be summed up in a sell line.” 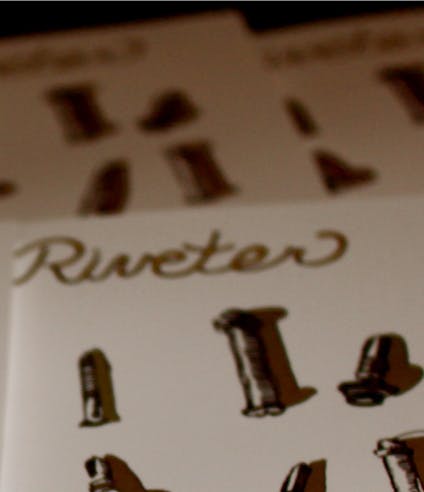 The idea came in spring, and by early June, Demkiewicz and Ralph raised $2,000 on Indiegogo, a site that’s helped other female-driven projects become reality recently. The Riveter currently features a small number of original longform pieces, but there’s also a print edition for purchase, which includes a photo essay by Alex Potter, a freelance photographer based in Yemen, and an interview with Texas Monthly writer Pamela Colloff, who won a 2013 National Magazine Award for her two-part feature, “The Innocent Man.” They plan on including book reviews, interviews, and storytelling via different platforms in the future.

Earlier this year, VIDA, the organization that quantifies gender disparity in the literary arts, released the numbers from its 2012 count, showing magazines like The New Yorker and The Paris Review still have far more male bylines than female. The number of women nominated for 2013 National Magazine Awards was up this year from 2012, when women were shut out of several major categories. The New York Review of Books recently defended its gender bias, after VIDA took them to task. Demkiewicz and Ralph say this is part of the challenge—and the value—of trying to diversify the field:

“Diversity in storytelling ensures that what we are reading reflects what is actually happening. Most importantly, differences in perspective can be celebrated and appreciated. There shouldn’t be ‘traditionally’ female or male content areas, but these stereotypes continue to exist. We aim to change that.”