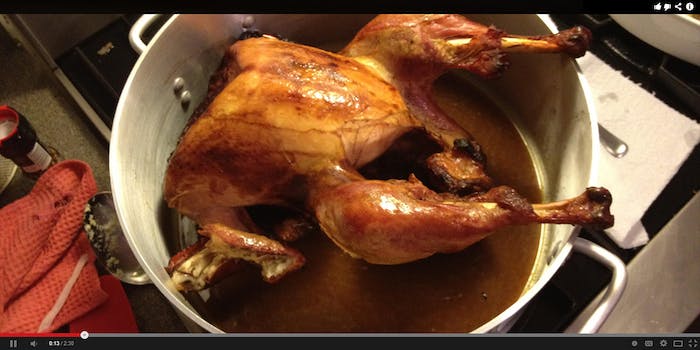 We put YouTube’s best Thanksgiving recipes to the test

Here's what happens when an amateur chef tries out popular YouTube recipes.

If you’re cooking the big Thanksgiving meal this year (or any holiday meal, really), there’s a chance you have an old family recipe or method to fall on. But if you’re tired of the same overwhelmingly mediocre store-bought items, don’t have any recipes on hand, or want to try something new, then YouTube is the closest thing to having your own personal chef in the kitchen.

With both written recipes and a visual medium to show you just how to do things, it can take a lot of the stress out of cooking. But when a simple YouTube search for pumpkin pie yields more than 165,000 possible results, how do you decide which one to make?

This year, I’m testing them out for you.

To be honest, I’m not much of a cook. I made the Irish soda bread from the St. Patrick’s Day guide and fried some cronuts in my kitchen, and aside from a few dishes involving chicken or pasta, bacon, and baked goods, I largely avoid cooking if I can. So simplicity was a must when it came to deciding which recipes to tackle.

And because it was important to me that nothing got wasted in the cooking frenzy, you won’t see me making multiple turkeys anytime soon. Using myself and my family as guinea pigs, everything you see here will get consumed leading up to or during our Thanksgiving dinner.

Fortunately, they survived my cooking and I didn’t set off any fire alarms, although I won’t be testing my newfound skills on the Food Network any time soon.

This isn’t a complete guide of what to make for Thanksgiving by any means (you might note the lack of turkey, for example), but it’s enough to cover the basic sides. If you have enough time and supplies, you can make these any time of the year—but you might want to stock up on pumpkin puree while it’s still in season. 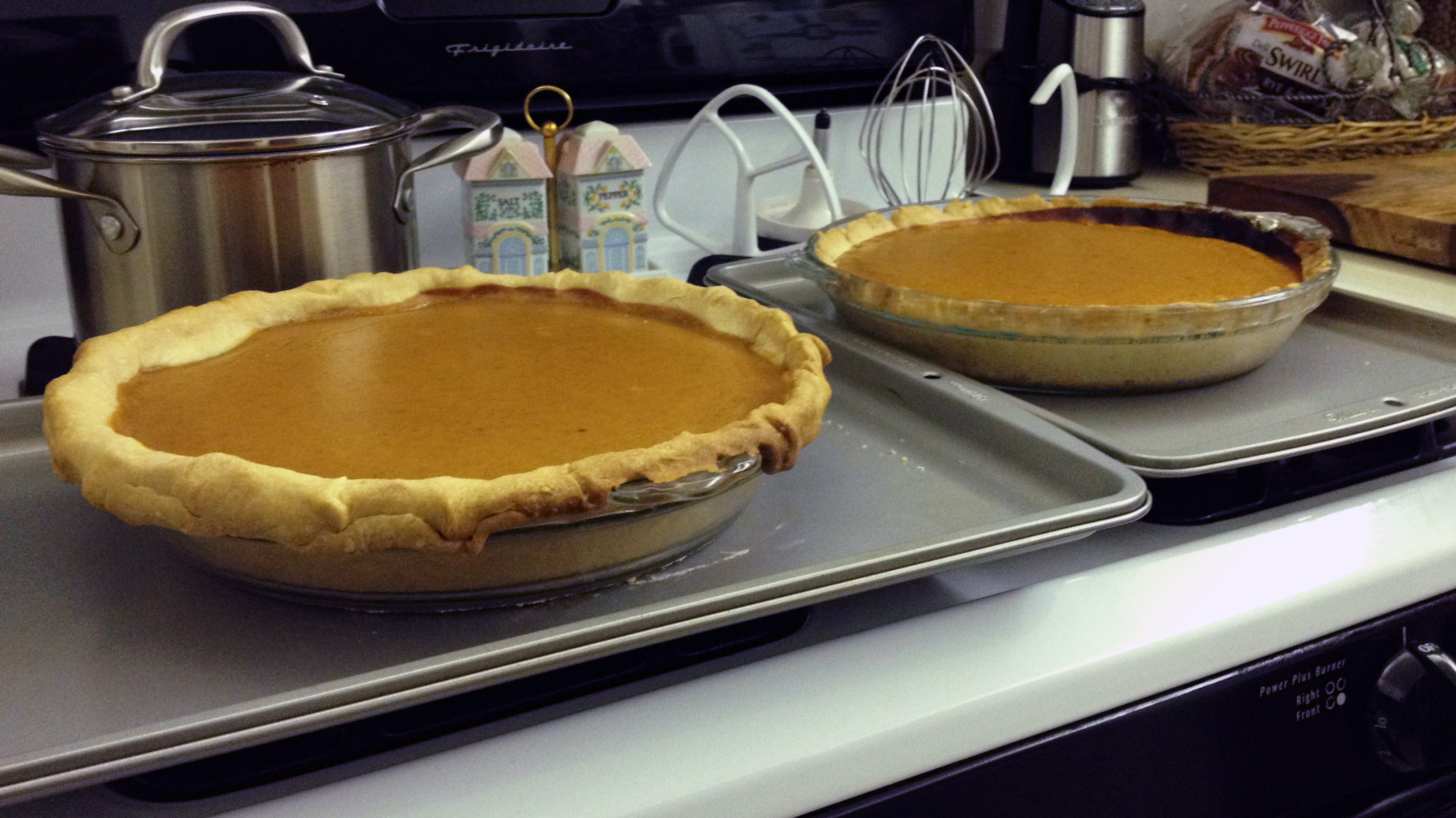 Recipe: Laura in the Kitchen (left)

Why I picked it: I’ve featured Laura Vitale’s recipes before, and with more than 800,000 subscribers, she’s one of the more popular YouTube chefs.

Possible complications: Stretching the crust dough out onto the pie dish without it breaking.

Initial thoughts: If you like a lot of crust on your pie, this one’s for you. This recipe yields more dough than the other, and there’s enough to crimp the edges. The filling, with only a tablespoon of pumpkin spice and nothing else, is the blander of the two.

Why I picked it: The word “EASY” was in the video title. And before this, I had never baked a pie.

Possible complications: Running out of dough to cover the entire dish if you underestimate the size.

Initial thoughts: With a larger variety of spices included, this pie had the better filling. The crust, however, was more like that of a pot pie. This combination surprisingly does work, but next time I’m opting for a different crust.

Why I picked it: We’ve featured Hilah Johnson before, and from the video alone, these looked promising.

Initial thoughts: I had never worked with yeast before, so I wasn’t quite sure I had a live batch (even after Googling how it was supposed to look) until I uncovered the dough. It didn’t quite come out looking the same as Hilah’s batch, but that’s more on my end. It tasted more like a pretzel than a dinner roll, and although I included all of the ingredients, it felt like it was missing something—and it definitely wasn’t butter. 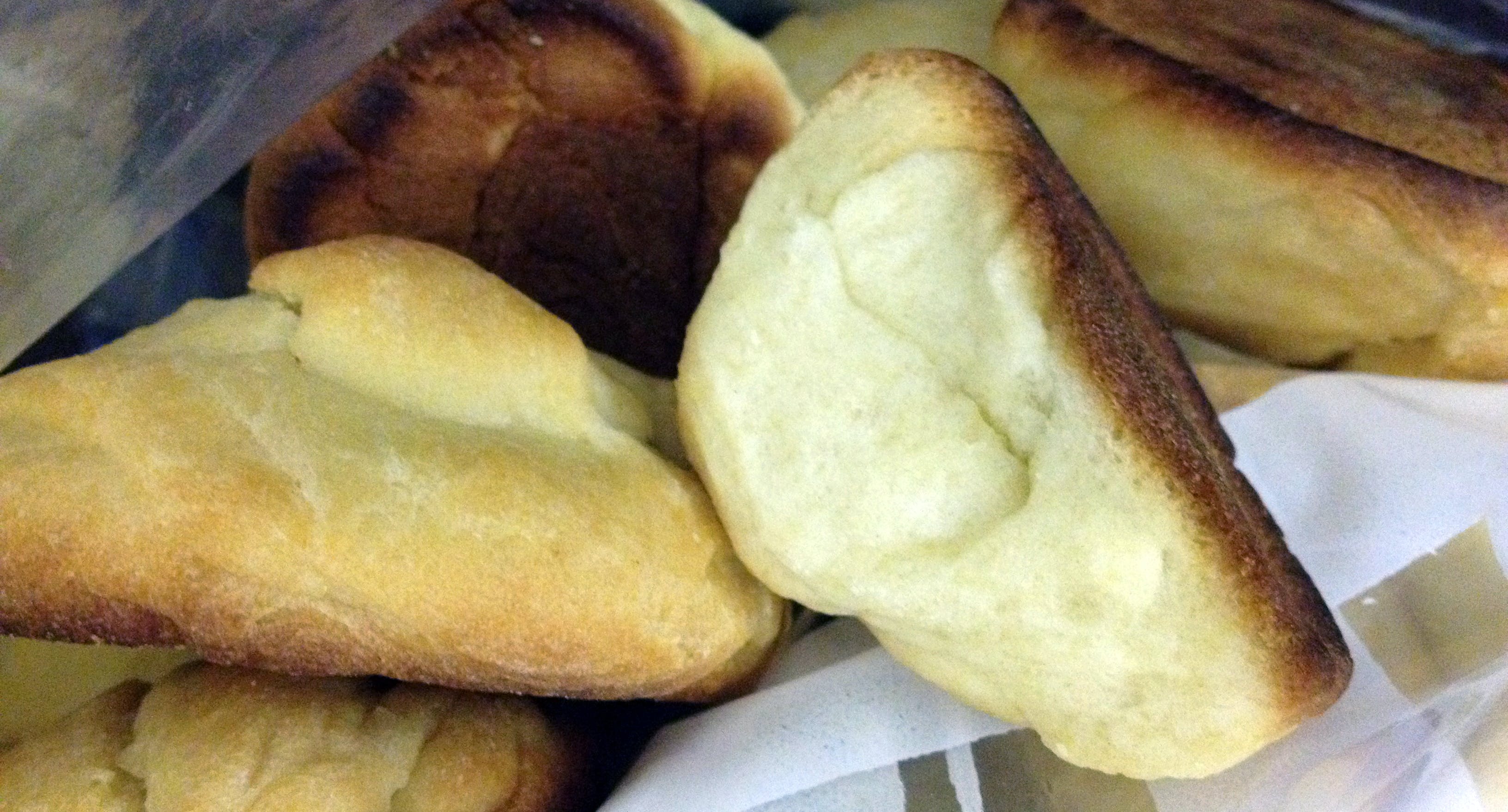 Why I picked it: I had already chosen Hilah’s recipe, and it was a completely different take on dinner rolls.

Initial thoughts: My great-grandfather was a baker, but it’s apparent that I did not inherit his talents. The dough took longer to rise than this recipe originally estimated, and they have a buttery taste that dries out when reheated. These rolls are the better of the two, but for me neither one is really worth the effort. 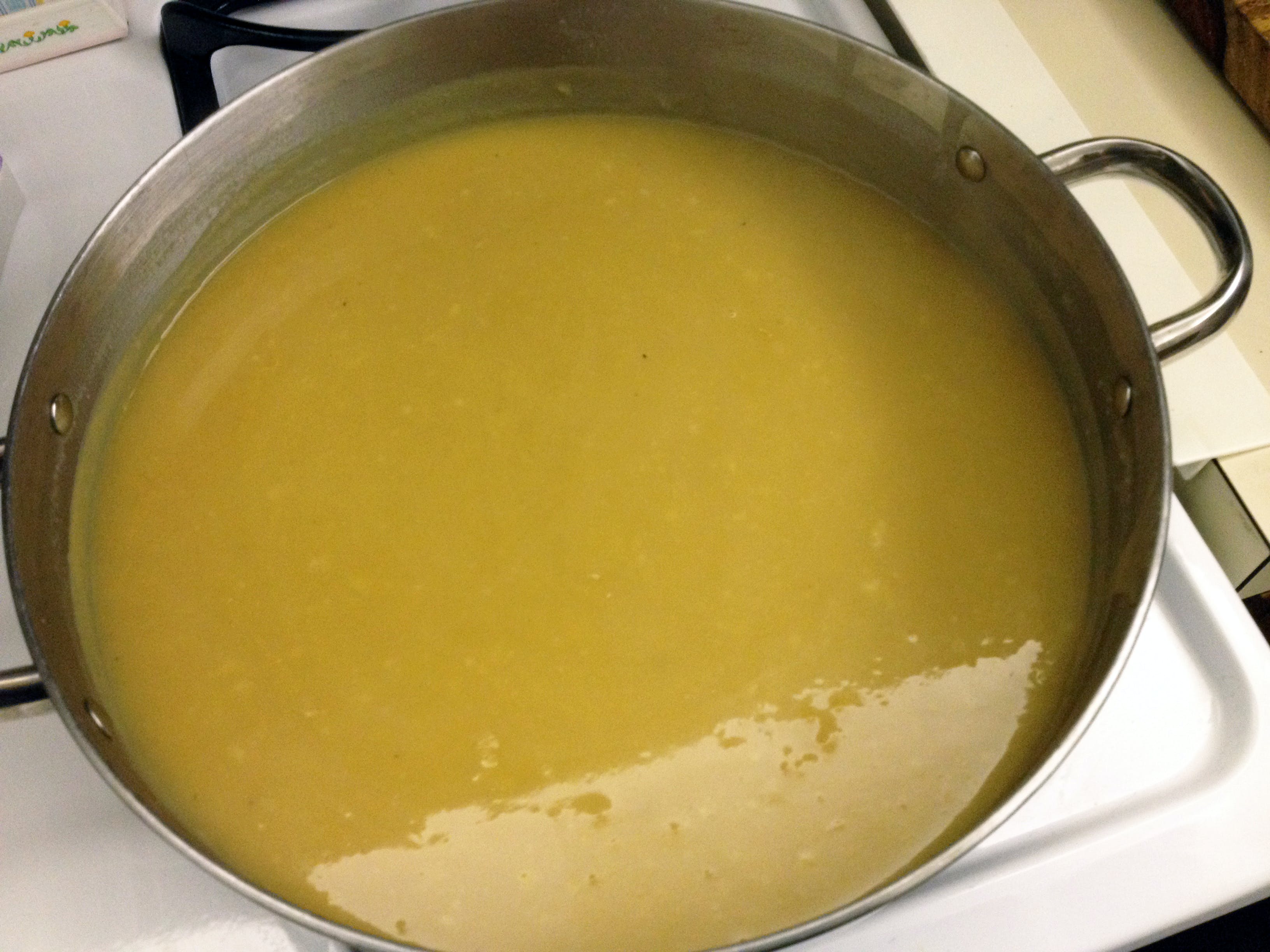 Why I picked it: It was one of the few recipes on YouTube that didn’t require turkey drippings on-hand.

Possible complications: Burning the butter and flour in the pan.

Initial thoughts: Easily the simplest recipe of the bunch. It’s a more traditional turkey gravy, but if you’re looking for something with more kick than what you can get out of a McCormick packet, this might not be for you. 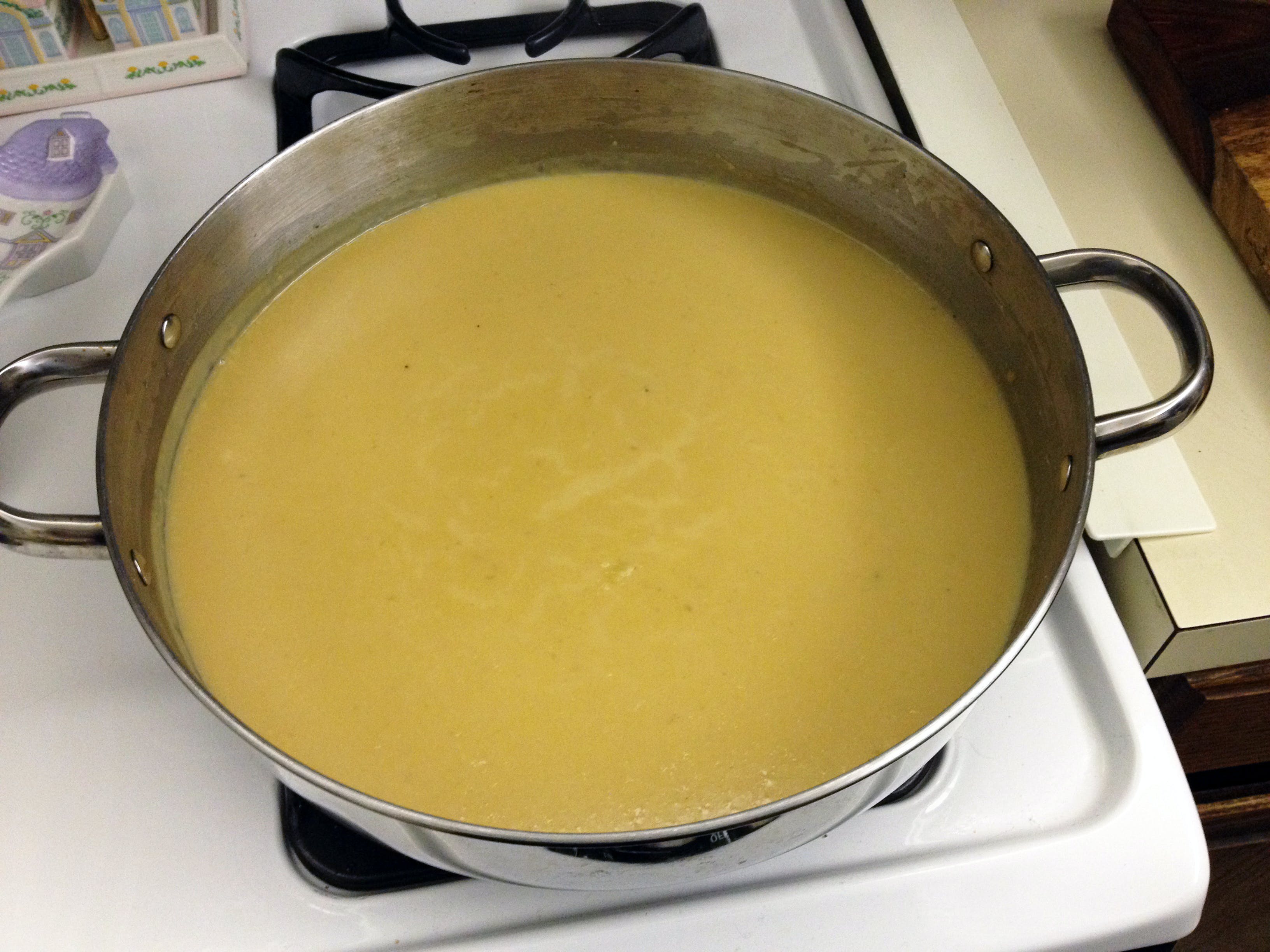 Why I picked it: I wasn’t kidding when I said there weren’t many YouTube tutorials that didn’t have drippings as a listed ingredient; I couldn’t even find a second good one to make. I went with CHOW again because I didn’t run into any trouble with the pumpkin pie.

Initial thoughts: It’s a bit more involved than the other gravy recipe, but it’s the better-tasting one. It might be too close to chicken Marsala sauce for some, but there’s enough of a kick to give an upgrade to your turkey. 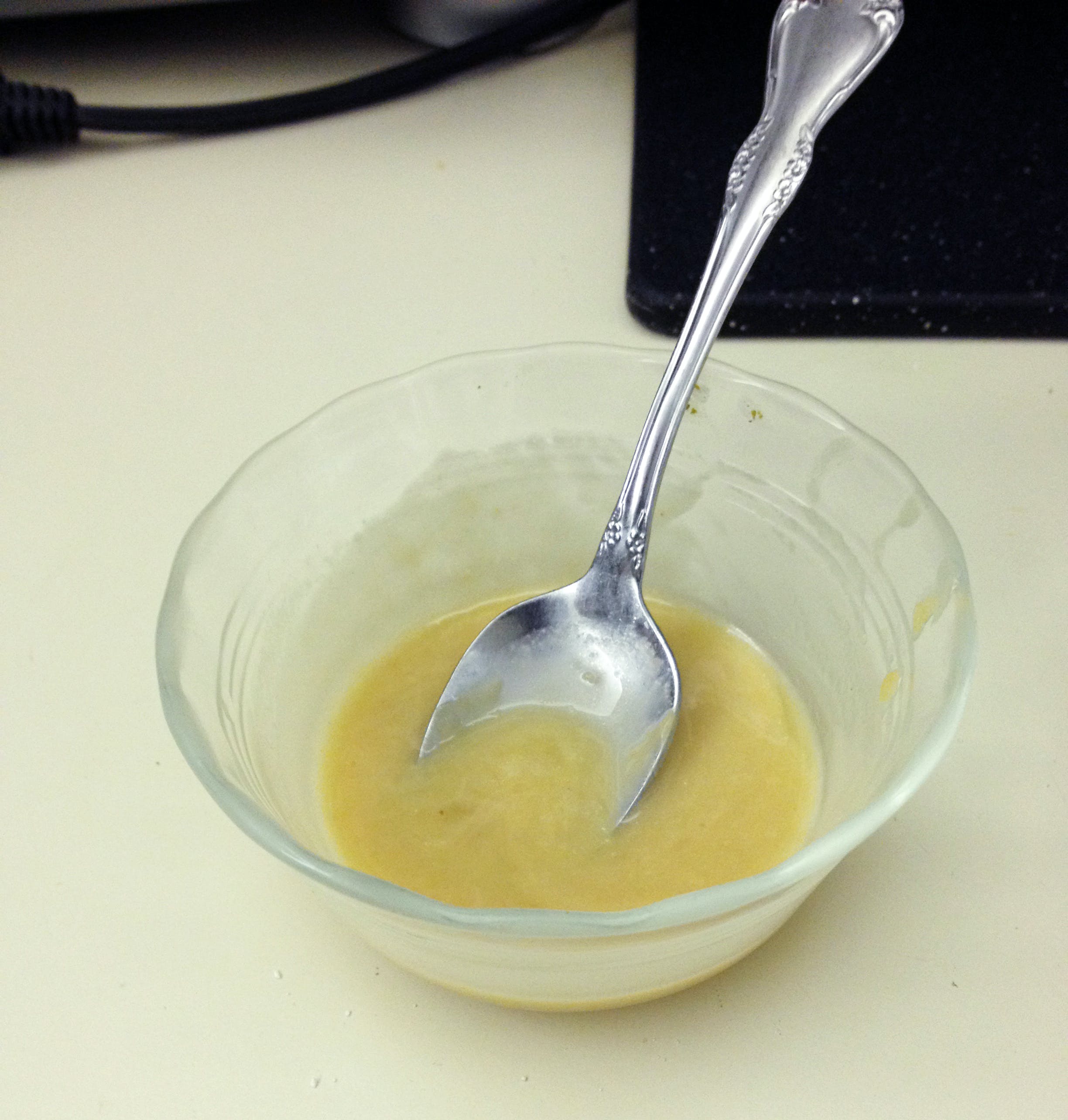 Recipe: Mix both gravy recipes together.

Why I picked it: It was more a matter of convenience of storing the gravy than anything else.

Initial thoughts: They taste almost nothing alike and it shouldn’t work, but it does. I don’t know where you would have both recipes on-hand, but if you can’t decide between one or the other, go for the best compromise.