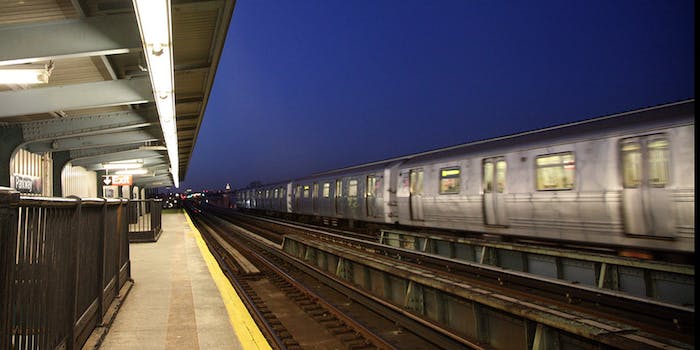 Teju Cole’s well-regarded 2012 novel Open City is built upon the thoughts and observations of a Nigerian-German psychiatrist given to the flâneur lifestyle, strolling dreamily around New York and taking in all that surrounds him. But in a recent narrative experiment on Twitter, Cole explodes that individual viewpoint into something like the chorus from a Greek tragedy.

The 36 participants in Cole’s game—all of them followers—ranged from comedian Rob Delaney to poet Elisa Gabbert and MSNBC host Chris Hayes. Each delivered a tweet pre-written by Cole that he then retweeted to assemble a short story in his own feed called “The Man on the Subway,” later recompiled in Storify by Popular Science writer Kelsey D. Atherton.

What might be dismissed as a gimmick turns out to have a profound relationship to the event recounted, namely a New Yorker’s public collapse, perhaps from a heart attack, witnessed by a helpless crowd. People are bound together by being in the same place at the same time, but they remain discrete, fragments of a larger truth. Feel the uncanny effect for yourself:

Between this and Jennifer Egan’s “Black Box,” another notable serialized piece, Twitter has certainly come into its own as a platform for fluid, elliptical fiction. Who needs a Paris Review subscription when we’ve got social media?