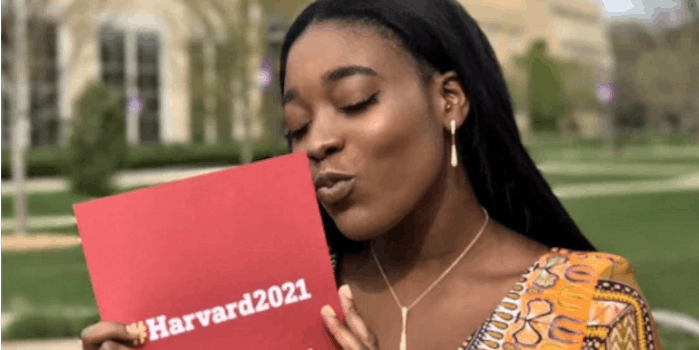 Bow down to the prom queen of cool.

On any given day, there are enough #goals on the internet to make us want to #slay our eyeballs. But this teen from Brooklyn Park, Minnesota, is the real deal and worthy of every fierce, overplayed hashtag imaginable because she is the confident badass we all wish we were in high school.

Instead of taking her dorky buddy or fretting over not finding a date, Priscilla Samey took her Harvard acceptance letter to prom.

“At first I was disappointed,” she told BuzzFeed about going dateless. “But going by myself allowed me to avoid all the competitiveness and expenses that usually go with prom.”

Samey said she actually left the acceptance letter in the car on prom night (“He’s shy—and also I didn’t want it to get trampled”), but in case anyone was wondering if she had any advice for getting into Ivy League schools, she simply said: “Be yourself.”

We’re certain that would be enough to get her accepted anywhere.