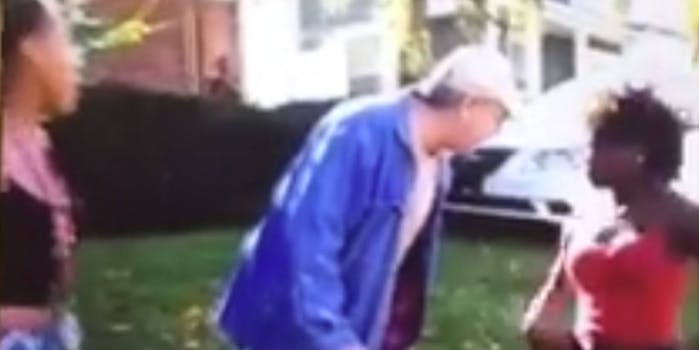 The video has been viewed over 1.2 million times.

You’ve heard about the proverbial old man yelling at kids to get off his lawn. But in Syracuse, New York, two teenage girls allegedly attacked a 62-year-old man after being asked to leave, and the footage went viral on Facebook.

The graphic clip has been viewed over 1.2 million times and ultimately led to the two girls being arrested.  The teens, aged 14 and 15, who were not named because they’re juveniles—both face third-degree assault charges.