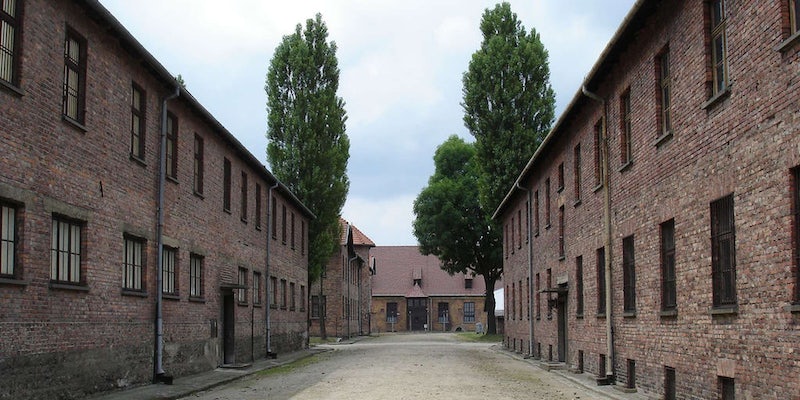 Twitter takes on teen who took a selfie at Auschwitz

Forget selfies at funerals, this is infinitely worse.

There is a well-documented history of teens taking inappropriate selfies. Duckfaces at funerals were bad enough, but one teen’s smiling selfie at Auschwitz has taken self-obsession at places of somber reflection to a new level.

It began late in June, when a teen named Breanna, who goes by @PrincessBMM on Twitter, posted an image of her smiling gleefully during a visit to Auschwitz. The caption, complete with glowing emoji, read, “Selfie in the Auschwitz Concentration Camp 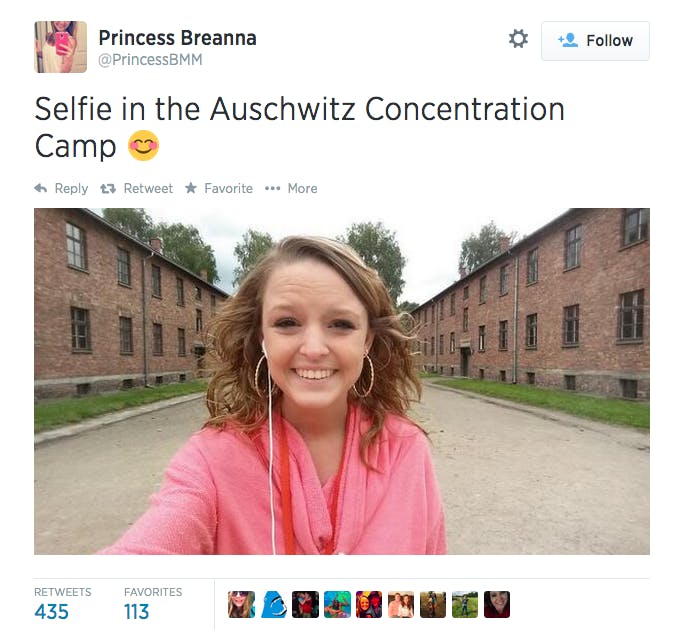 Over the weekend, the selfie began gaining traction on Twitter, receiving thousands of retweets and soliciting the critical responses you would imagine a smiling selfie taken in a concentration camp would. 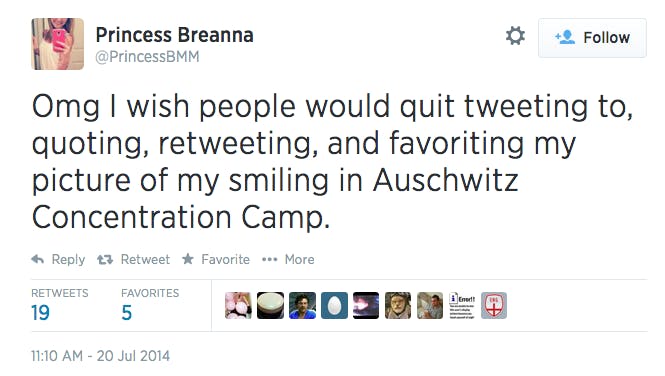 Breanna was quick to challenge critics, explaining the photo was representative of a trip she was meant to take with her father before his death. 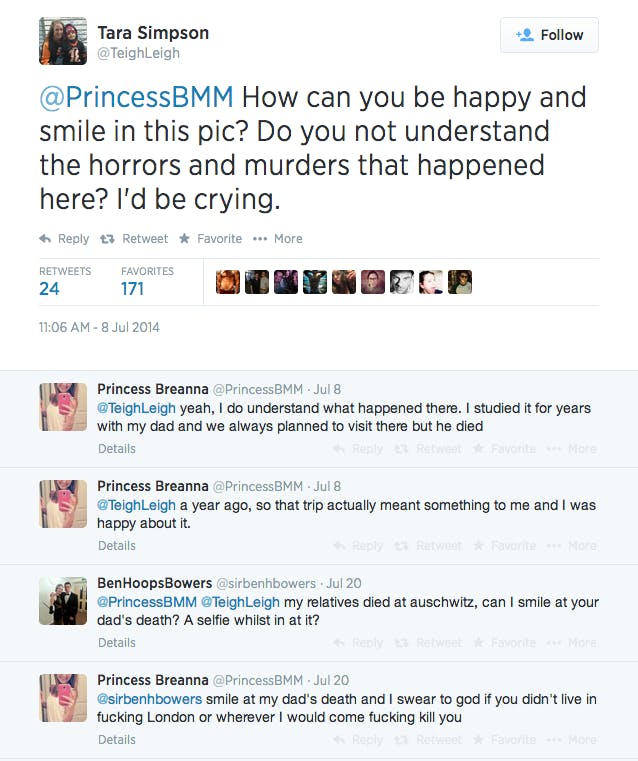 While there’s nothing wrong with choosing to commemorate the moment she was meant to share with her father in a smiling selfie, posting the image on Twitter without context reads not only as gratuitous but tone-deaf and insensitive. If you’ve just experienced the heartbreaking death of a parent, you should be more sensitive to the grief that site holds for all those who lost loved ones during the Holocaust.

Yet, Breanna seemed to be immune to the criticism or pleas for the photo be removed, dispatching the following tweet after the image began to go viral.

Breanna choose to turn her Twitter feed into a form of protest, by retweeting hundreds of tweets of support for her selfie. 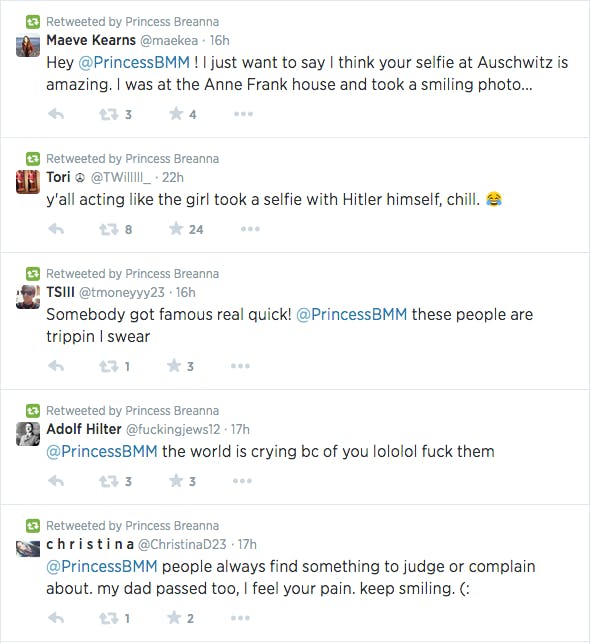 Teens, the world already thinks of you as the lowest common denominator. Don’t give them another reason to discredit you by starting social media feuds over an image that didn’t need to be posted in the first place.

You’re just turning yourself into another reactionary headline about the impact of social media on the sensitivity of the future generation and giving Nancy Grace a new thing to rant about. Breanna, you’re not Grindr photos taken at the Holocaust memorial, but you’re not far from it.