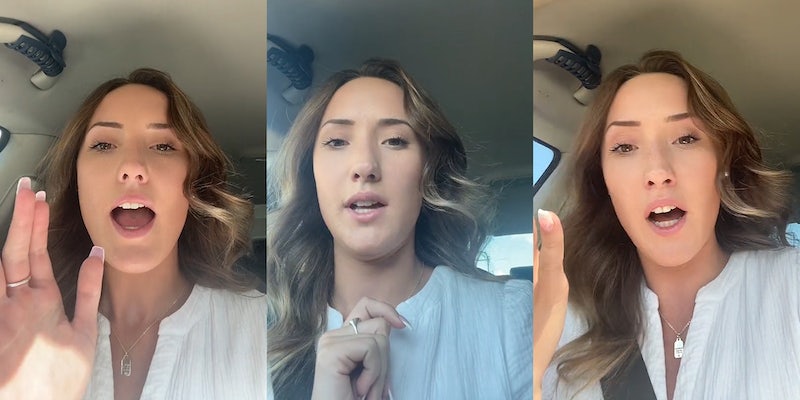 ‘I cannot believe I could have been a barista this whole time’: Ex-Teacher says she can make $8 an hour more as a barista

In a viral TikTok, a former teacher said she found out she could make more money as a barista than as an elementary school teacher. The video sparked debate in its comments section over poor pay for teachers in the United States.

In the video, which has over 43,600 views and was posted by TikToker MT (@emmtee23), the TikToker films herself saying she used to be a teacher and had to quit after two months because the pay was so low.

The TikToker says she quit her job and is hunting for a new one, but the job hunt has been challenging. She also says that, as a 23-year-old, she realizes she is in a “stage” of her life where she doesn’t “need a career.”

“I just interviewed for a barista position because why the fuck not. I wanted to, and I don’t know why this upsets me. As a barista, you can be making $20-22 an hour. As a teacher—this literally makes me mad to even say it—I made 12. I made $12 an hour to literally work on Sundays, work on Saturdays, work after work, manage a whole classroom of literally 30 10-year-olds that were just bazonkos, like, teachers don’t get credit. Like, I cannot believe I could have been a barista this whole time and not even gone down that route. Two months of my life wasted,” the TikToker says in the video.

Viewers in the comments section debated the ex-teacher’s pay. While some users left hate comments toward the TikToker, many sympathized with her and said the pay she received as a teacher was “so sad.”

“It’s sad that teachers get paid so little. My kids love their teachers and me having to explain why they always have a new teacher is hard,” one viewer shared.

Multiple users pointed out they made much more than $12 an hour working in the service industry.

“Girl I don’t even want to tell you what I make bartending,” one user said.

Despite needing a college degree to join the profession, and despite teachers being one of the top factors in determining educational outcomes in children, many teachers are forced to find a second job or leave the profession in order to make ends meet. According to a 2021 study by the Teacher Salary Project, 53% of 1,200 teachers surveyed were working multiple jobs to make a living.

In addition, the pandemic has led many teachers to suffer from additional burnout. According to a 2022 survey by the educators’ union National Education Association (NEA), 55% of public educators in the union are considering quitting their jobs sooner than expected due to COVID-related stressors.

Some users questioned where the TikToker lived, saying they were surprised by the low compensation she received.

“I knew this was Arizona before reading the caption. So sad…,” another replied.

According to the NEA, the average entry-level salary for teachers from 2020 to 2021 was $41,770—roughly $21 per hour if working 40 hours per week, although most teachers frequently work overtime. The lowest average starting salary the NEA found by state was in Montana for $32,495. The highest was in the District of Columbia for $56,313. Arizona’s average was $40,554.

In a second follow-up video, the TikToker updated viewers, saying she accepted the barista position she interviewed for.

“That is what I want to do right now, and eventually I think it’d be really cool to open up my own coffee shop so might as well learn those skills right now. I also think I’m gonna go get certified in yoga and become a yoga instructor. So I’m pretty much living my best life,” the TikToker says in the video.

The Daily Dot reached out to the TikToker (@emmtee23) via TikTok comment and did not hear back in time for the publication of this article.