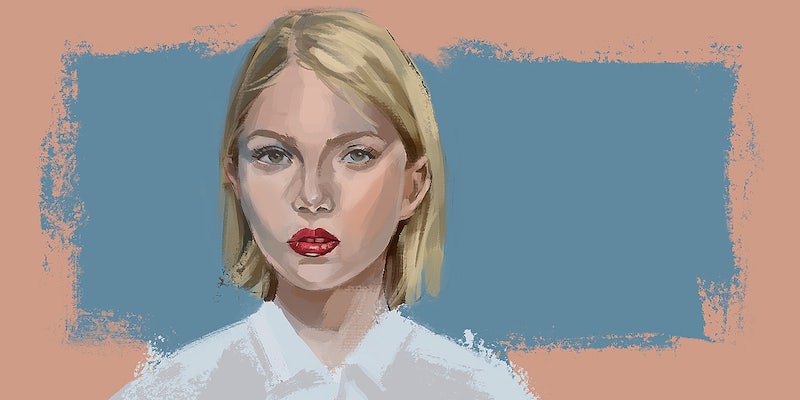 At 19, Tavi Gevinson already has a résumé that would intimidate most people.

At 19, Tavi Gevinson already has a résumé that would intimidate most writers, editors, and actresses. And she is all three—a Renaissance teenager, if you will.

At this point, Gevinson is used to the spotlight. In fact, she’s grown up under it. At age 12, while still in middle school, her fashion blog, Style Rookie, caught the attention of the fashion media elite. In no time, this youngster from suburban Chicago sat front row at Fashion Weeks around the globe and wrote things on her blog like [Vogue Editor-in-Chief] “Anna Wintour was perfectly polite when we exchanged standard greetings and goodbyes.”

A job at Vogue never seemed to be Gevinson’s end goal; she seemed to genuinely care about personal style as an artistic form of self-expression. The pint-sized blogger charmed the Internet not just for her “FEMINIST” sweater (a gift from Bikini Kill frontwoman Kathleen Hanna, natch) but for her ability to converse about Comme des Garçons the way other girls her age did about Justin Bieber.

If Beyoncé manages to work 36 hours in a day, Gevinson must be coming up behind her with at least 30.

At that point, Gevinson could have done anything in the media or fashion industry. But what she ultimately chose solidified her as an media impresario, operating on her own terms. Four years ago, she launched Rookie, a feminist-minded online magazine for teen girls that covers everything from essays on self-harm and queer identities to DIY marabou-trimmed tube top tutorials.

Rookie is so popular it has been spun off into printed “yearbooks,” titled Rookie Yearbook One, Rookie Yearbook Two, and so on. And they are no ordinary yearbooks, either: In addition to interviews with cool-girl celebs, the books come with delightful gifts like stickers, tarot cards, a pizza banner, and something called a “cootie catcher.” Rookie has attracted celebrities ranging from Jon Hamm to Run the Jewels for its “Ask a Grown Man” video series and its offshoot, “Ask a Grown Woman.” In a blogosphere cluttered by every feminist’s hot take on popular culture, Rookie still manages to feel—and be—fresh.

So what does Gevinson do now that she’s graduated from high school and enrolled in New York University? A better question might be what hasn’t she done? There’s a Clinique campaign, the 2016 Pirelli calendar, and and a lot of acting. Gevinson appeared in the 2013 Nicole Holofcener film, Enough Said, with Julia Louis-Dreyfus and the late James Gandolfini, and on Broadway in the play This Is Our Youth, with Michael Cera and Kieran Culkin. This coming February, Gevinson will act on Broadway again in The Crucible. And earlier in the fall, she appeared on Fox’s Scream Queens, Ryan Murphy’s buzzed-about new horror/comedy show. If Beyoncé manages to work 36 hours in a day, Gevinson must be coming up behind her with at least 30.

What will Tavi Gevinson do next? It could be anything—and will probably be everything. If there’s one thing we know for sure, it’s that she loves to surprise us.