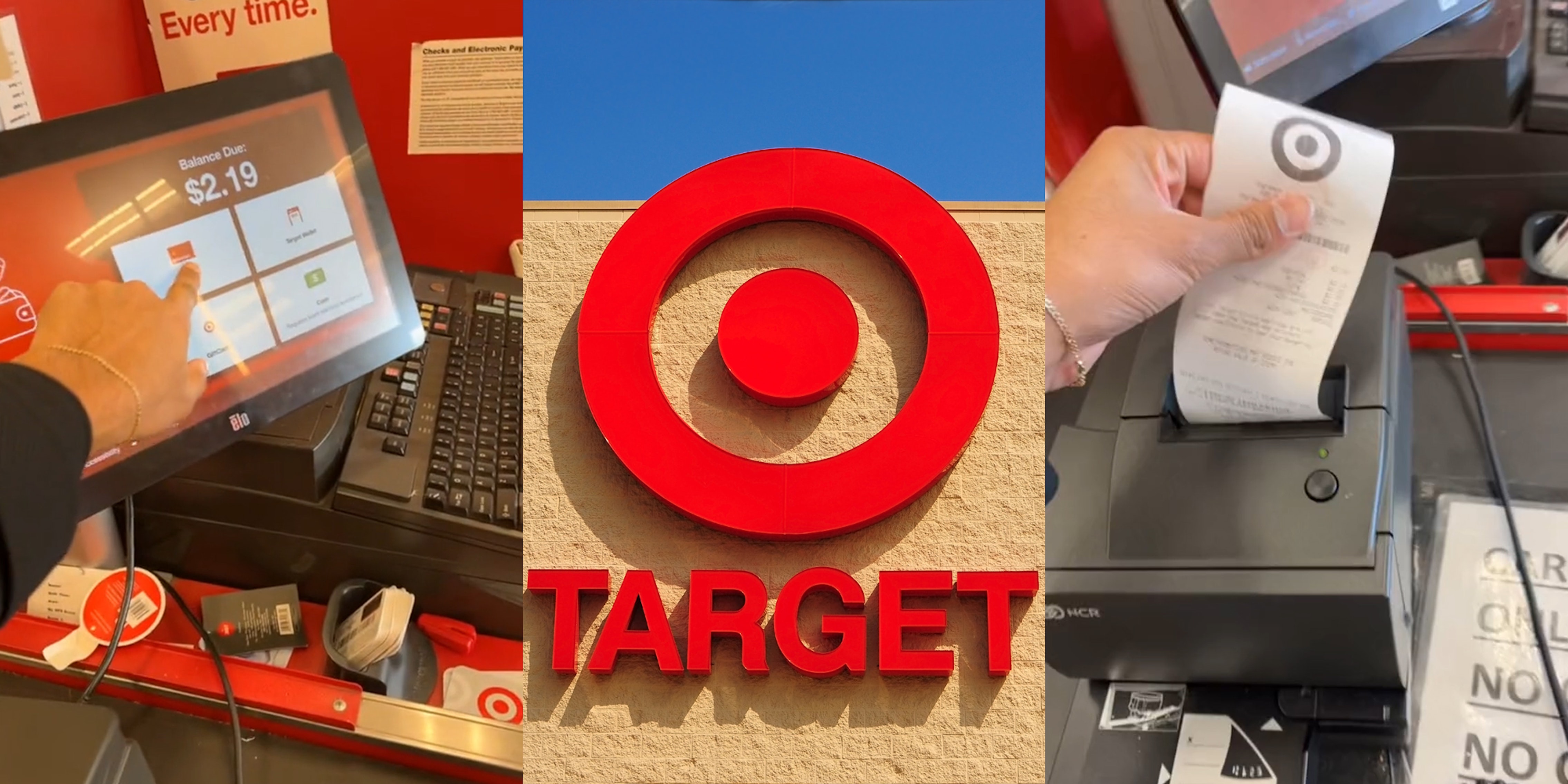 ‘I guess they don’t have enough cashiers’: Target customer says regular register at store was turned into a self-checkout

'Do what you gotta do, Target.'

A TikToker stepped into a Target store to find that what appeared to be a regular register had been converted into a makeshift self-checkout register. The viral video led viewers to wonder about the state of Target and its workforce.

The TikTok was posted to the platform by user @_pmathew3. In the short clip, the TikToker assessed a Target register and remarked, “Not Target making a normal register a self-checkout.”

Rather than being a simple touch-screen kiosk like most self-checkout registers, the unusual self-checkout had a conveyor belt. Behind the belt, where a cashier would typically stand, was a traditional cash register with a screen facing customers resting on top. A sign next to the receipt printer informed customers that they could not use cash or receive cash back.

“I guess they don’t have enough cashiers but do what ya gotta do, Target,” the TikToker said.

The video has generated over 39,400 views after one day on the platform. In the comments section, many users shared their thoughts on the register and the store’s apparent lack of cashiers.

“Yea, but then they don’t hire anybody,” one commenter remarked.

“They never hire,” a second echoed.

“And they won’t hire me,” another wrote, putting a personal spin on that brand of complaint.

A few users derisively compared Target to Walmart for creating such a register. One commenter simply remarked, “Walmart activities,” while another questioned whether Walmart and Target were collaborating on the register.

Several other users specifically derided the setup by declaring it “ghetto.”

Even though self-checkout isn’t new — and many shoppers find it convenient (with the added bonus of not having to interact with another human being) — the register led one commenter to observe, “I feel like we should get paid for being our own cashiers.”

The Daily Dot reached out to @_pmathew3 via TikTok comment and to Target via email.