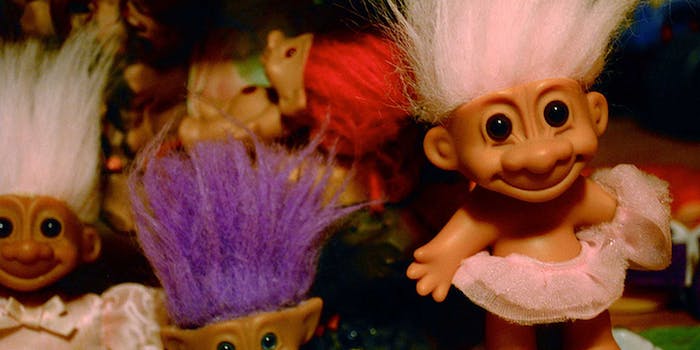 Why Target began trolling its own customers

A simple policy change by Target set off a social media firestorm this week. Now after almost a week of war, the retailer has positioned itself on the Facebook frontlines.

It all began when user Mike Melgaard posed as a Target customer service rep on Sunday. He was responding to commenters who were angrily posting to Target’s official page about the store’s decision to remove gender labels on certain children’s products. And while Target corporate did not publicly endorse Melgaard’s expert trolling, it showed support in another way on Thursday.

Target’s initial response deflected the blame for Melgaard’s trolling, but a statement to AdWeek didn’t exactly admonish his efforts.

At Target, we are committed to providing outstanding guest service to our guests wherever we engage with them—in our stores, online, or on our social pages. Clearly this individual was not speaking on behalf of Target. Should guests ever have questions on whether a communication from Target is legitimate, we encourage them to reach out to guest relations at 1-800-440-0680.

But once Thursday rolled around, Target decided to wink at Melgaard and all his enthusiastic supporters in the form of the troll post. The responses to the post were overwhelmingly positive, with angry commenters apparently going the way of Target’s gender labels.

The controversy began in early June, when Ohio Mom Abi Bechtel posted a tweet from her local Target showing the children’s building sets aisle. The “building sets” and “girls building sets” labels didn’t sit well with her, and her tweet spurned a wave of support for Target to do away with its sexist classifications.

Target eventually got the message, and announced last week that it would be enacting change in the coming months to rectify the situation.

If nothing else, Target has won a lifelong customer. 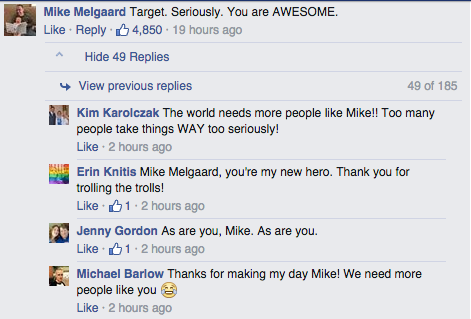