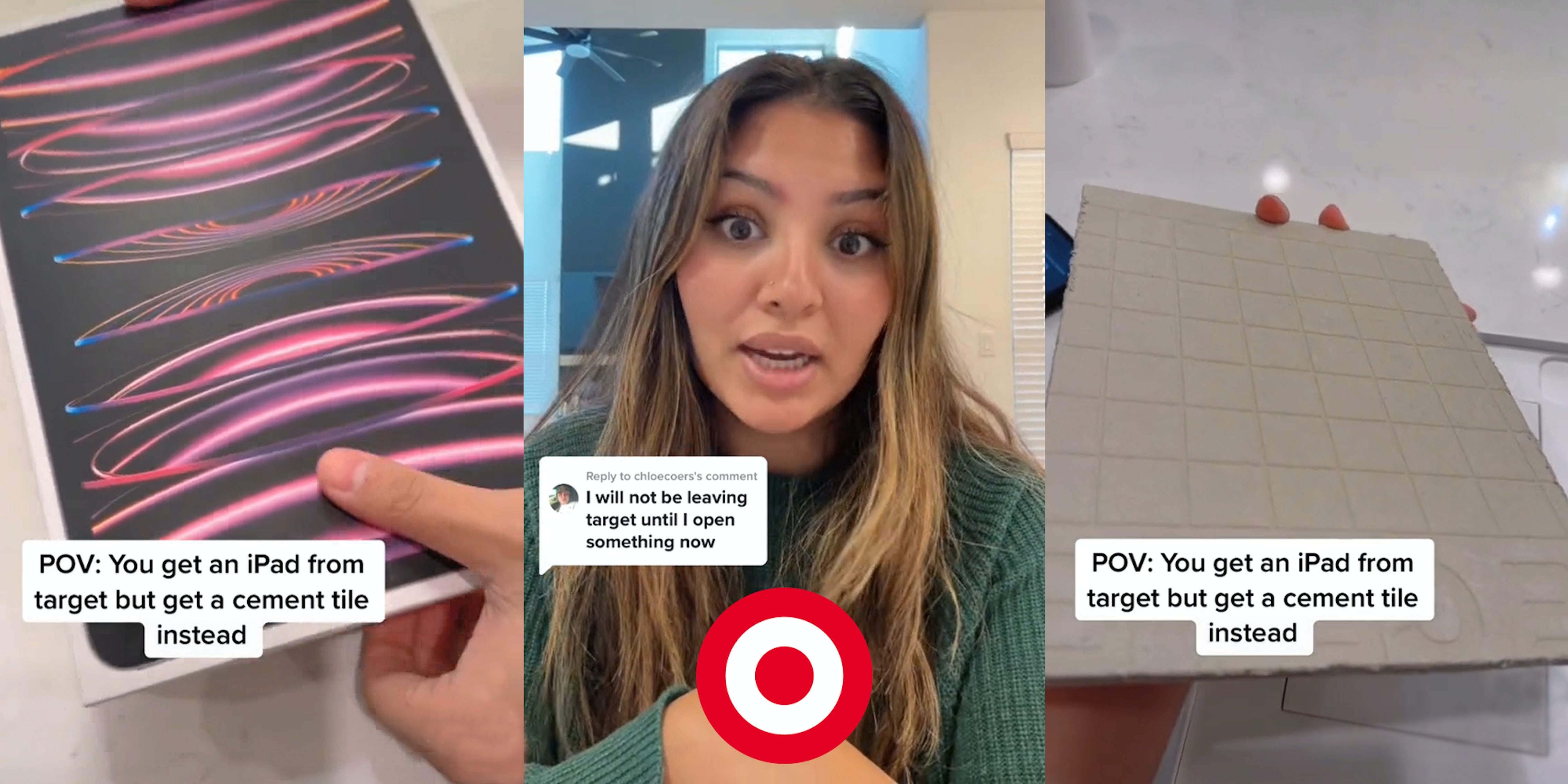 'I will not be leaving Target until I open something now.'

In a viral video with over 1.6 million views, user Nida (@niduhhhhh) shared that a birthday gift from her husband turned out to be a tile of cement instead of an iPad.

“POV: you get an iPad from Target but get a cement tile instead,” the overlay text on the video reads.

She claims that the iPad packaging was fully sealed and as her husband opened the box, a cement tile in the shape of an iPad was laying there inside.

“That’s what was making it heavy,” she says in the clip.

Nida explains that a few weeks ago, she had seen another Target customer complain that the gift cards they had purchased were stolen.

“I’m not sure if something is going on with Target and Apple but don’t buy there,” she warns in the video. Her caption for the video also revealed that Target had been “an absolute nightmare to deal with” throughout the process.

Users in the comments section offered their theories on what could’ve happened as well as their advice for purchases in the future.

“Someone bought it and returned it. Store staff just resold it instead of inspecting it when refunded. Happened at Best Buy all the time,” one user said.

“I always record myself opening any items I buy that are expensive because of this right here,” another suggested.

“Always buy all apple items from the store itself , much easier to get things replaced or fixed! I learned this the hard way lol,” a third user said.

In a second video, Nida shared that she was able to track down the iPad and found out it had been activated two days before she received the gift. The general manager of her local Target provided her with a replacement.

@niduhhhhh Replying to @chloecoers check your electronics before leaving! Thankfully we were able to prove this otherwise it wouldn’t have ended this way for us #fyp #target #foryoupage #apple #ipad ♬ original sound – Nida

The Daily Dot reached out to Nida and Target via email.