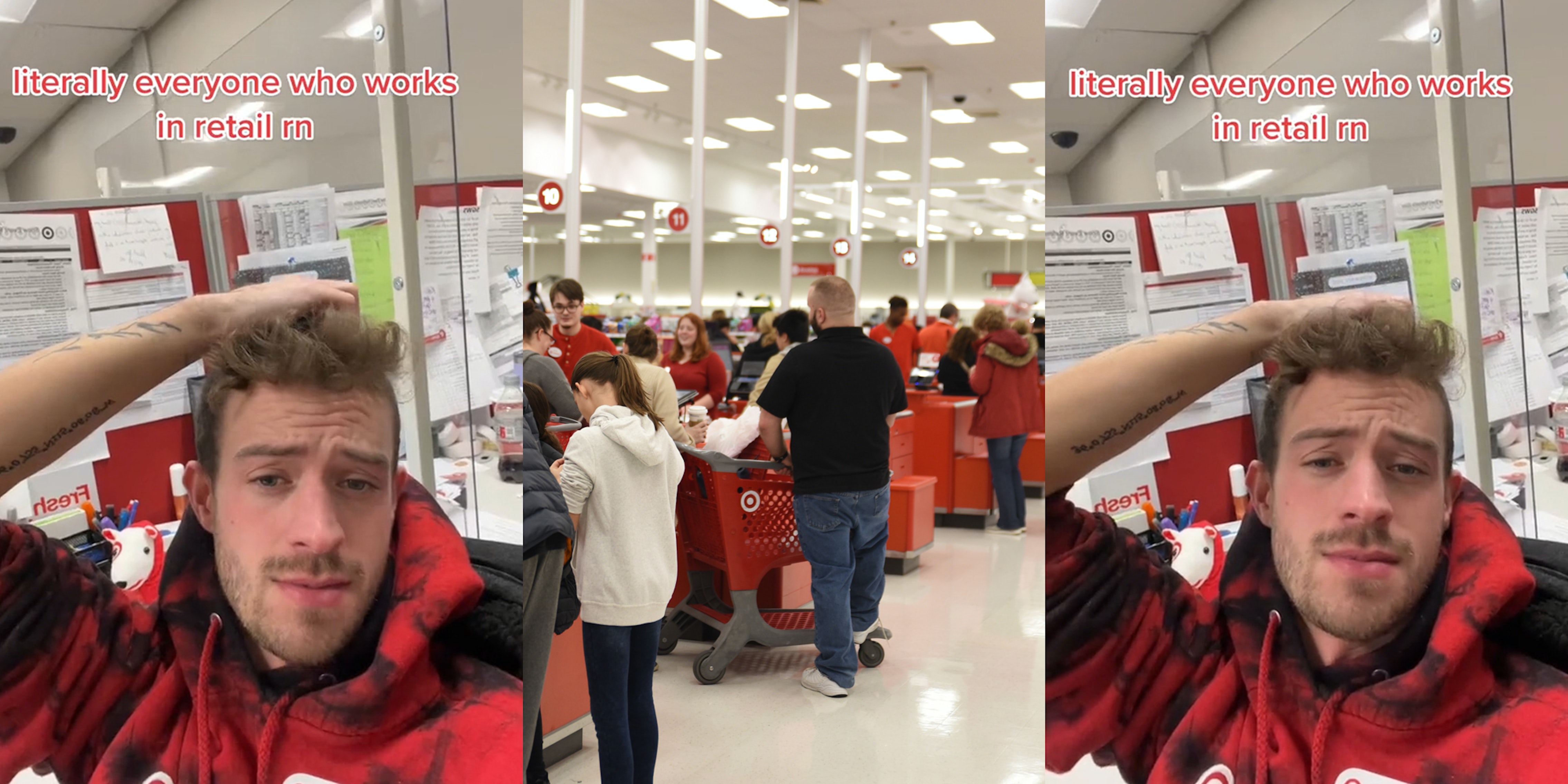 ‘Holiday season be killing me’: Target employee compares working retail during the holidays to the ‘Hunger Games’

'May the odds be ever in your favor.'

With the holidays just around the corner, most people are scrambling to buy last-minute gifts and trying to find the best deals. Despite being a jolly time of the year, it can bring out the worst. In a viral TikTok, a Target employee compares working at the company during the holiday season to The Hunger Games.

The video features user Joshy Thomason (@jjthomason7) as he sits in the backroom in a cubicle at Target. He is scratching his head as he looks at the camera in disbelief. The sound used in the background is from The Hunger Games, saying “welcome” a few times followed by “happy Hunger Games.”

In the text overlay, Thomason writes, “literally everyone who works in retail rn.”

Thomason vents his feelings in the caption, writing, “holiday season be killin me.”

The video racked up over 179,000 views as of Friday where alleged current and former Target employees wished each other luck during the holiday season in the comments section.

“As a fellow target employee, may the odds be ever in your favor,” one viewer wrote, quoting the popular line in the Hunger Games movie.

“I’m so sorry bestie I’ve been there, may the odds be in your favor,” another echoed.

“After 3 years of being a team lead I decided to walk out on the spot. Good luck everybody else, I turn now,” a third said.

Others expressed their feelings about the holidays at Target.

“Target gets destroyed during the Holidays orders never end,” one stated.

“Target during the holidays is true horror I had my PTSD kick in just seeing the red in the background,” a second commented.

“I went through 3 holiday seasons with Target and I almost had myself committed each time,” a third said.

Some people even shared their holiday horror stories at different companies.

“I worked at Barnes and Nobel on Black Friday and Christmas Eve one year and NEVER again,” one person shared.

“I work at a mall, this is my first holiday season working retail and they put my ass 3-9 and I work by myself,” a second recounted.

The Daily Dot reached out to Joshy Thomason for comment via TikTok comment and to Target via email.