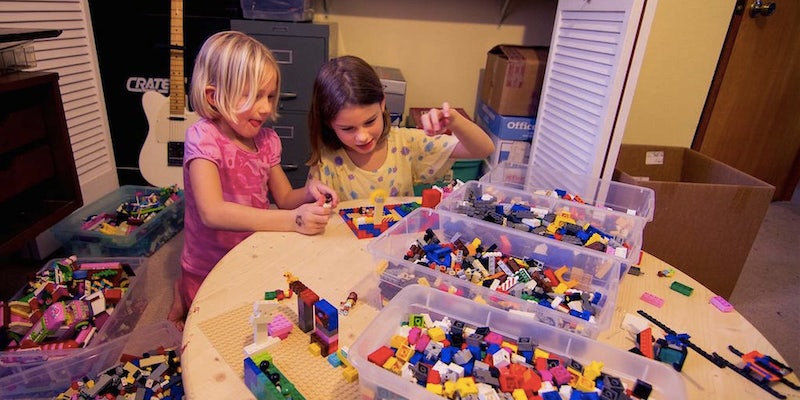 We'd expect more from you, Target.

Target is getting a lot of Twitter mentions, and not because of a new celebrity designer collaboration or its most famous employee, Alex. People are up in arms about the department store’s sexist classification of its children’s building sets aisle.

Don't do this, @Target pic.twitter.com/cfh3cp5Nqa

Abi Bechtel, a blogger and mom of three, shared this photo on Twitter after a trip to the Target store in Green, Ohio with her seven-year-old son.

“I posted the tweet because the signage struck me as problematic on a couple of levels —first, because the way it’s written sets up boys’ building sets (and boys in general) as normative/generic and girls’ as specialized/other; and second, because it’s such an encapsulation of how Target (and many other retailers) persistently genders toys that don’t need to be gendered,” Bechtel told the Daily Dot.

After she tweeted the photo, she received an unexpectedly massive response. “Now I want to design a line of girls’ building sets. Like… Tower of Misandry,” one person said. Another tweeted: “Appalled at the not-so-subtle discrimination, but impressed that they managed to correctly use an apostrophe.”

The original tweet now has more than 1,700 retweets and 1,600 favorites. Bechtel understands why the photo garnered such a huge response. “At a time when there’s such a focus on increasing the number of women in STEM fields, Target’s gendering toys like these as male comes across as out of touch,” she explained.

In recent years, the so-called “pink aisle” for girls has seen the introduction of toy offerings beyond dolls with pretty dresses. Toy company GoldieBlox gained attention for its engineer-focused building sets for girls, as a way to encourage young girls to pursue careers in math and science.

But even GoldieBlox has a long way to go in terms of breaking the mold of toys that are marketed to young girls. And it appears that major retailers like Target still believe that toys need to be segregated by gender—even when they’re in the same aisle.

A look at the building sets page on Target’s website reveals a “gender” categorization option. There are 340 items for boys, 65 items for girls, and 235 identified as gender neutral. Similarly, Kmart offers 170 items for boys, 30 for girls, and 407 unisex. Toys R’ Us and Amazon also divide their offerings this way, while Walmart surprisingly does not.

Nearly all of Target’s “girls’ building sets” feature pink or purple packaging, as well as some combination of princesses, castles, babies, or puppies. There’s even a building set for going to the supermarket, but there’s not a single dump truck, car, or football in sight. 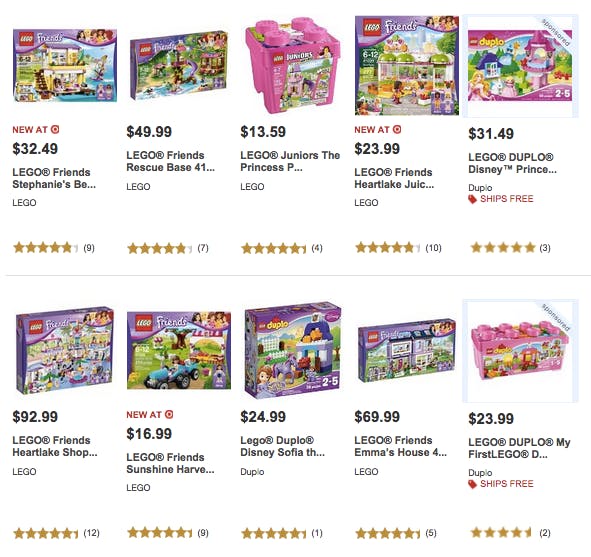 We reached out to Target to get the company’s reaction to Bechtel’s tweet, as well as hear more about the company’s philosophy toward marketing gendered toys.

“At Target, our goal is to provide our guests with choices,” a spokesperson wrote in an email to the Daily Dot. “In our toy department, we offer a wide assortment of unique, differentiated, must-have merchandise, that children of all ages, stages and interests will love. We know families are tight on time and looking for inspiration. Therefore, we continually explore how to organize our stores and website in ways that will be convenient, appealing and helpful to our guests.”

The spokesperson added that Target recently conducted an in-store trial in which they removed gender references in their aisles. “In those stores, our guest research showed us that guests preferred having a variety of indicators that can help inform and guide their shopping trip,” the spokesperson explained. “Additionally, on Target.com, when guests shop for toys, they most often begin their search by sorting toys by brand, age and gender.”

She said that Target will “continue to listen to our guests and the conversation,” but there are no current plans to do away with gender classifications. When asked if Target was aware that labeling toys as “building sets” and “girls’ building sets” might appear sexist, the spokesperson said, “that is absolutely not our intent.”

The vast majority of building toys featured on Target.com are made by Lego, the Danish toy block company. A photo of Lego’s egalitarian 1970s in-box instructions went viral back in 2014, signaling that perhaps the company has a more evolved view on gender than the retailers selling its products. 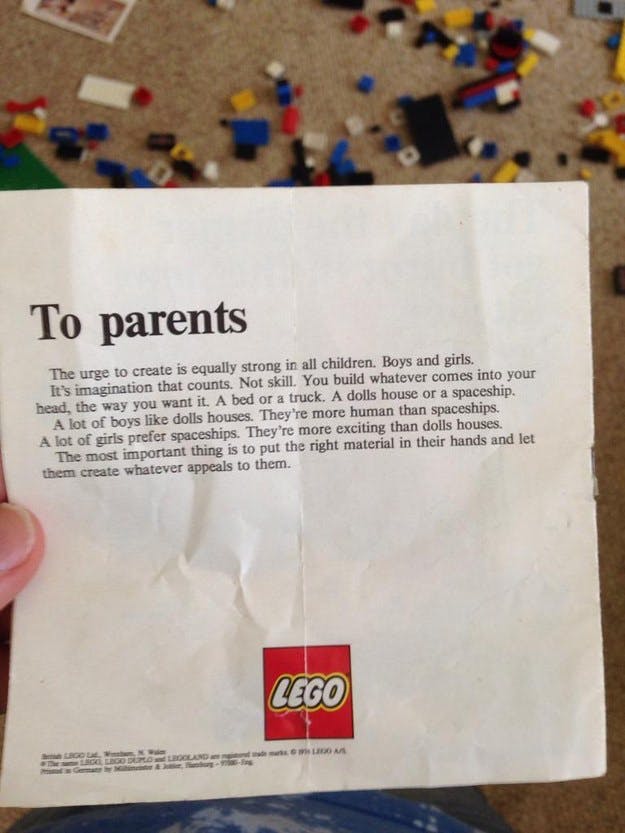 It appears that even though many of Lego’s products are geared towards girls, at least one store felt the need to create a separate “girls’ building sets” aisle.