Armed with sanitary napkins and the cotton pony, feminists all over the world send a message.

“Imagine if men were as disgusted by rape as they are by periods.”

That was the viral tweet posted last September by Twitter user @cutequeer96, which set off a flurry of responses.

But the greatest response to date has been an art project in Germany. The artist, Elonë, printed out the tweet and attached it to a store-bought menstrual pad and then slapped it on a public lamppost. The Tumblr photos of her project—feminist slogans on maxi pads all over the city of Karlsruhe—have been shared thousands of times in just two days. 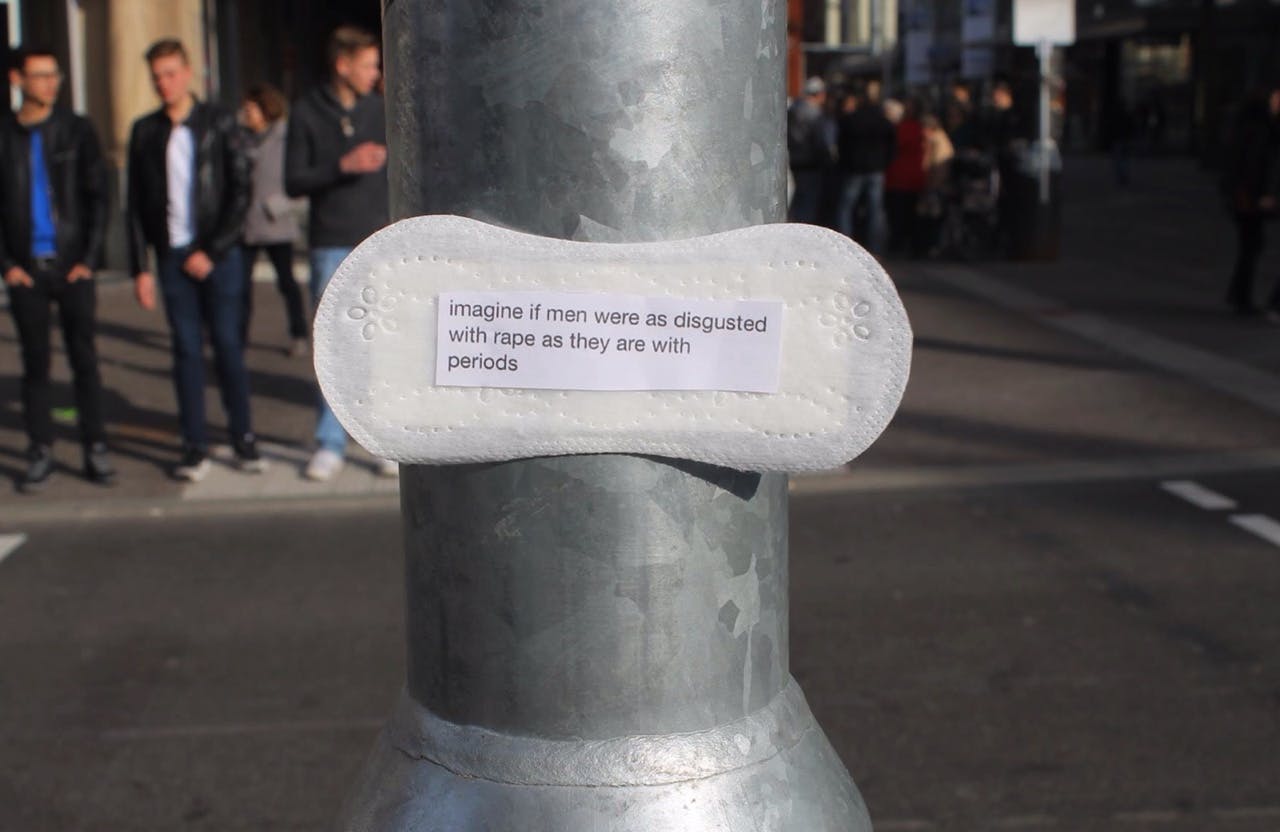 The pads say things like “My pussy my choice” and “Rapists rape people not outfits.” Elonë has drawn her share of trolls for this simple act of protest, with anonymous messages calling her a “sociopathic bitch” and suggesting, “Go fuck yourself with a cactus, you thunder cunt.”

Many of the comments on her Tumblr, though, are from inspired girls in other cities and countries who want to know if they can use her idea at home.

The German feminist isn’t alone is her adoption of the menstrual accessory as a method of outraged expression.

In January of 2014, after reports surfaced that women in Australian immigration detention were not sufficiently supplied with feminine hygiene products because of alleged security concerns, protests were aimed at the office of Aussie immigration minister Scott Morrison.

In a campaign sarcastically titled #StopTheTampons, women began mailing pads and tampons to Morrison’s office, with words like “Dignity,” “Asylum,” and “Empathy” written in red ink.

Dear Mr Morrison
What would you do to keep your wife and daughters safe?#StopTheTampons @JointDestroyer pic.twitter.com/CziOX8chy1

Writing words on tampons is a bit trickier than I thought. 22 down 28 to go. #stopthetampons pic.twitter.com/n5ml17pgg5

Just this past December, a group of female Indian workers at a rubber plant were strip-searched after a used tampon was found in the bathroom. The searches inspired such outrage that people began mailing maxi pads to the company headquarters.

Some of the pads had phrases like “Anonymous Was a Woman” written in bloody red marker, while others sent in used pads covered in real menstrual blood. 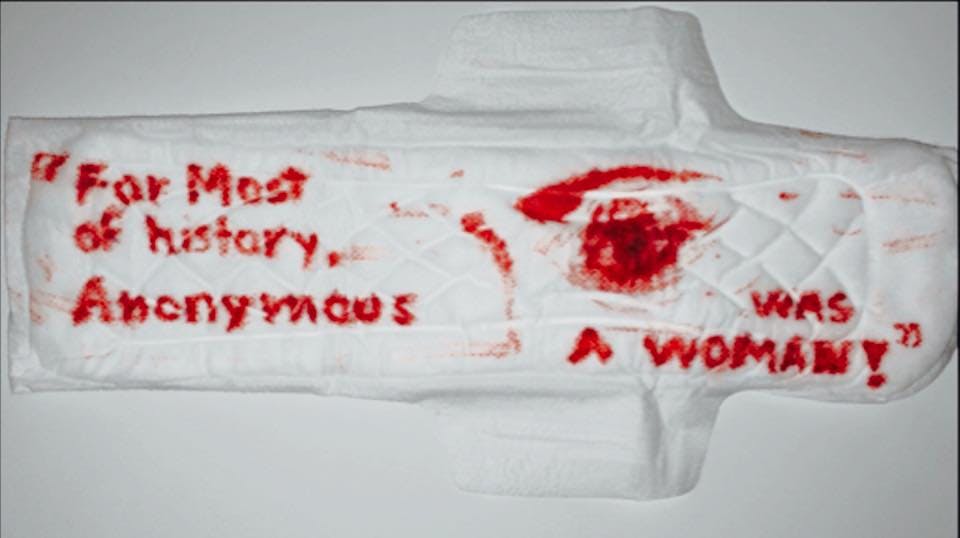 Why are menstrual pads and tampons such fantastic tools for protest art? It might be because the stigma around menstruation is still so strong that simply showing such objects in public—with or without blood-red phrases written on them—is enough to shock people.

One 2005 survey of undergraduate U.S. college women found that “menstrual shame” led girls to make poor decisions about sex and risk-taking. Those girls with more positive feelings about menstruation, according to researchers, were less likely to take risks and more likely to be sexually assertive.

A 2014 study found that American undergraduate students were still struggling with menstrual shame, and as a result were likely to reject alternative menstrual products.

Perhaps the best excuse for turning maxi pads into protest art, though, is the existing fear that women will do just that.

When the Texas legislature bizarrely banned tampons and maxi pads from the capitol building in 2013—citing fears that angry female legislators would literally hurl them at anti-abortion lawmakers—MSNBC host Melissa Harris-Perry brutally mocked the decision on-air by stringing a pair of tampons from her ears. 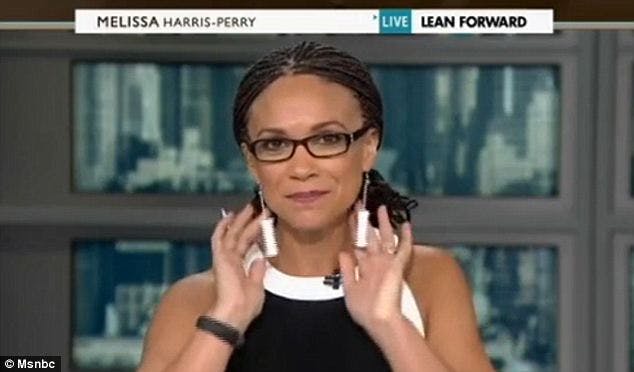 “So just in case that ever happens again, ladies, you can just bring them in on your earrings,” said Harris-Perry.

Not everyone is freaked out about the blood that flows from a woman’s uterus on a monthly basis. Take a man named Pad Gardner, who for the past few years has been chasing his dream of becoming “the world’s first human sanitary napkin.”