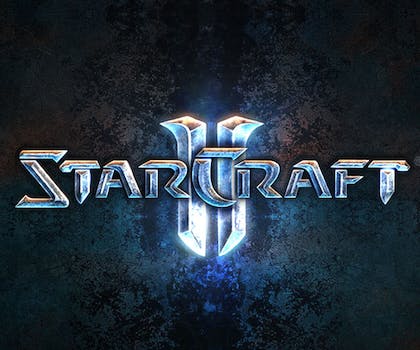 Who is jakefrink? For a time, he was a programming hero on social new site Reddit’s r/starcraft subforum, where he had introduced wildly popular Web program, Warp Prism, in May.

For a time, he was a programming hero on social new site Reddit’s r/starcraft subforum, where he had introduced wildly popular Web program, Warp Prism, in May. But in a strange twist, he became a reviled figure of hate—undeservedly, it turns out.

The program jakefrink created aggregated different video streams from justin.tv, allowing fans of the video game Starcraft to watch multiple matches from world-class gamers in a single browser window — something that had been impossible before.

But then last week, jakefrink became r/starcraft’s most reviled poster.

In a post that shot to the top of the section’s homepage, redditor OP_IS_MASTERS_FYI, accused jakefrink of being nothing more than a capricious sockpuppet—a fictional account.

He wasn’t some solitary programmer working out of love for the Starcraft community, as he had first claimed. Rather, the poster alleged that jakefrink was part of a greedy company that had worked with a “slick marketing team” to bamboozle the r/starcraft community and steal their money in the form of phony donations.

What’s worse, the company was hijacking viewership and blocking ads (and therefore income) from the streamers themselves.

Redditors were outraged, and voiced their complaints in hundreds of comments responding to OP_IS_MASTERS_FYI’s post.

It was a veritable witch hunt.

The problem: almost none of it was true.

Jakefrink, whose real name is Jong-Moon Kim, really is an unemployed programmer. He really did create Warp Prism as a labor of love for Reddit’s Starcraft community. All donations went directly to server costs and paying his bills. And the ad-blocking? That was just a technical glitch. It’s already been resolved.

Kim, 23, a graduate of MIT, cofounded tech startup Teevox about a year ago. That company — part of the famous Y Combinator startup incubator, of which Reddit was an early success story — ultimately failed.

Kim eventually folded Warp Prism into his old Teevox.com domain (because it was just “a really good name”), which he still owned. But beyond the name, there was no connection to the old Teevox company or product

In an interview with the Daily Dot, Kim said that seeing the accusations and the community’s reactions “felt like a kick in the gut.” Especially after the “incredible” support the r/starcraft community had shown for his free product. He had poured months of time and effort into the project. And just hours before the accusations first surfaced, he had posted the program’s fourth version update in just two months.

But Kim wasn’t going to go down without a fight. He quickly posted a comment in the original thread debunking the falsehoods in the accusations. He even filmed a 20-minute Youtube video and posted it to Reddit.

Popular opinion began to shift as redditors realized that the accusations didn’t add up. Kim’s comment slowly rose to the top of the thread. The witch hunt seemed to have ended as quickly as it had begun.

But the drama wasn’t over.

As the truth about Warp Prism came to light, some redditors began questioning the original poster’s motives. If none of this were true, why did he launch a witch hunt in the first place? Did he have some connection to WellPlayed, Warp Prism’s only competitor?

Amazingly, that answer was “yes.” (As one redditor observed, there was “more drama in this subreddit than a fucking Shakespeare festival.”)

On Wednesday, WellPlayed’s CEO, Derrick Asiedu, admitted in a post that the person behind OP_IS_MASTERS_FYI was a member of his team. (The Daily Dot independently confirmed this with Asiedu).

When he made the accusations against Kim, that person was “acting independently” from the company, Asiedu claimed. Upon learning this, Asiedu immediately removed the offender from the company, but would not release his names for concerns over his privacy.

“I personally feel responsible and ashamed that it happened under my watch,” Asiedu wrote.

As for Kim, he’s held together — though those first days were “like going to hell and back.”

Still, he’s not interested in assigning blame for those who attacked him.

“These are good people,“ Kim said. “It just happens to be the circumstances that made it difficult to figure out  the truth.”

At the start, he received a lot of hate mail from angry redditors. But he also got messages of support.

“It really meant a lot to me for people to help me through that difficult time,” Kim said.

And now that the whole ordeal is over, he can get back to the only thing he really wants to be doing: work on Warp Prism.

“It’s been something that has been incredibly fun for me,” Kim said.