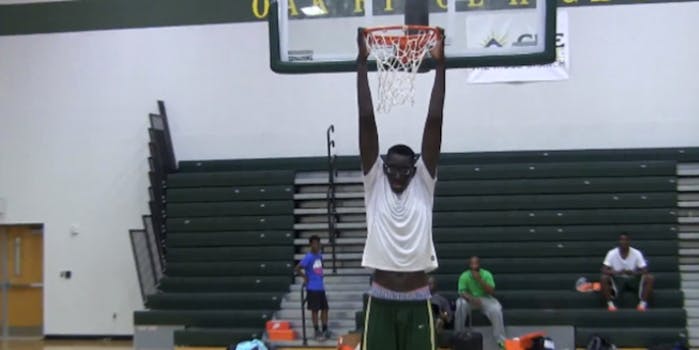 Meet Tacko “Taco” Fall. He stands at seven feet five with an eight-foot wingspan. He’s still in high school, he wears a size 22, and no one is getting his ball.

The 18-year-old is from Senegal, but currently attends Tavares, Fla.’s Liberty Christian Prep. He also has to sleep diagonally in beds, and often draws a crowd when he’s out in public. It’s believed he’s the tallest high school player in th U.S.

He’s been a project, however; Fall hadn’t played basketball before transitioning to the States, and is still working on his speed and weight training. Fall says he hopes to study biochemistry in college, though recruiters might have other ideas.