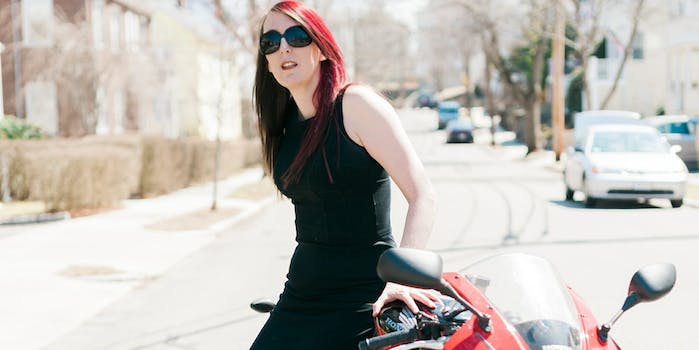 The group also criticized SXSW for the handling of their panel, describing “an uphill battle” to ensure that women of color were represented as speakers. “We are talking about erasure both online and in [terms of] how this summit evolved,” Wu said.

SXSW created the harassment summit as part of its Interactive Festival lineup in response to controversy over the convention’s previous attempt to cancel two panels—one associated with Gamergate and another for frequent Gamergate targets to talk about harassment in gaming culture.

While the Gamergate-related panel, “SavePoint: A Discussion on the Gaming Community,” has since been reinstated and relegated to a Tuesday time slot, the harassment panel, “Level Up: Overcoming Harassment in Games,” became one of many in an all-day event with a broader focus on harassment across the Internet. Cyberbullying, free speech issues, the role of tech companies and media, and trolling are just a few of the more general topics on Saturday’s track lineup. Former Texas state senator and 2014 Democratic gubernatorial nominee Wendy Davis will also make an appearance Saturday afternoon.

So excited that entire day today at #SXSW is dedicated to #onlineharassment summit. pic.twitter.com/CBGjbepXsq

Speaking at the morning panel, Muñoz noted that women of all ages and backgrounds suffer online harassment more than men do. She said that female journalists, for example, are both underrepresented in the field and three times more likely to be harassed for their reporting than their male colleagues.

Meanwhile, targeted women typically become known as “troublemakers,” which has an impact professionally. Mitchell said that this epithet was especially damaging for women of color, often already underrepresented in their fields of choice. Mitchell also noted that harassers will resort to racial and religious abuse, even extending their threats to victims’ families in order to silence women, and quoted one such remark: “I hope your child doesn’t become a hashtag.”

But Mitchell found fault with responses to harassment that fail to take into consideration the experiences of women of color, arguing that #yesallwomen, the hashtag that developed last year in response to the Santa Barbara shooting and the #notallmen hashtag, excluded them.

The panelists discussed the need for corporations and law enforcement to understand the issues and support women in these situations. “I wish the press would appreciate how hard Twitter is working on their problems,” Mitchell said of the strides the social network has made in allowing users to block and report harassers.

Wu was especially disappointed in Reddit, which she feels is allowing women’s lives to be destroyed for the sake of free speech. Meanwhile, despite numerous efforts and outreach movements on the part of the tech community, Silicon Valley is likewise lagging behind. “There are very wide discrepancies between what tech [companies] say they do… and what the outcome actually is,” Wu said.

Above all, change must be sweeping and expansive—not just a change in how the tech community discusses online harassment, but a societal change.

“This is not free speech,” Franks said. “That is a narrative we have to change on every level.”

Photo via Wikimedia Commons (CC BY 4.0)