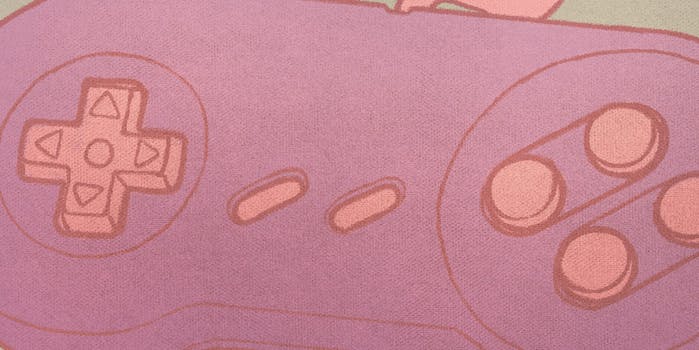 The panel that wasn’t Gamergate couldn’t help but be Gamergate.

The SXSW panel “SavePoint” was supposed to be a discussion about the gaming community, but anyone who attended or followed online soon figured out its main focus: Gamergate.

Gaming advocate Perry Jones, game developer Nick Robalik, and Society of Professional Journalists President-elect Lynn Walsh took to the stage Tuesday for “SavePoint: A Discussion on the Gaming Community.” While there were reportedly a few unique interruptions, like one person trying to recruit beta testers for a dating app, the panel mostly went off smoothly. Only instead of being about roles in the gaming community, it was about ethics in journalism. In other words—it was about Gamergate.

Gamergate is an online movement that claims to be about ethics in gaming journalism, but has been tied to several harassment campaigns against female game developers and journalists. It rose to prominence in 2014 but has since fettered in popularity.

“Like 70 to 80 percent circled around the idea of journalism,” Omar Gallaga, technology culture writer for the Austin American-Statesman, told the Daily Dot. “It was much more focused on that, whereas the stuff I saw on [the anti-harassment summit] seemed much more focused on how do we find solutions to harassment.”

SavePoint was organized by nonprofit the Open Gaming Society, which has avoided using the term Gamergate in any of its materials, although founder Jones did promote Gamergate events in Austin, Texas, last year.

Members of Gamergate-friendly Reddit group Kotaku in Action campaigned hard for the panel to be accepted by SXSW, and encouraged attendance. Most tweets that mentioned the #SavePoint hashtag also include the hashtag #GamerGate, and all of the panelists have shown open support for Gamergate or some of its stated objectives.

SXSW originally accepted the panel as sort of a contrasting opinion to “Level Up: Overcoming Harassment in Gaming.” People were quick to complain. They said SXSW was conflating harassment and gaming as two sides of the same conversation, as well as introducing safety concerns for “Level Up” panelists, many of whom have reported harassment from Gamergate members.

SXSW cancelled, then un-cancelled, both panels, later adding Level Up to an all-day anti-harassment summit on March 12, with ample security but less ample attendance. This is something that wasn’t lost on some SavePoint supporters, who took to Twitter to mock the summit and many of its panelists. However, attendance for SavePoint reportedly didn’t fare much better, with some attendees saying there were about 40 people there. Gallaga cited both panels’ off-site locations and SXSW’s lack of promotion for the lackluster attendance.

“I went from thinking it was going to be the event of the festival, everybody’s going to talk about it, to: ‘Is anyone aware that it was happening?’” Gallaga said. “My gut is that [SXSW was] able to have it both ways. They were able to have the event and say they did it, but not have it blow up in their face by keeping it contained and not making a huge deal out of it.”

(Disclosure: Gallaga has previously profiled the Daily Dot for the Statesman.)

The reinstated SavePoint panel generated controversy before it started. SavePoint panelist Mercedes Carrera, an adult film actress, cancelled her appearance less than 24 hours beforehand, claiming that SXSW Director Hugh Forrest personally demanded via email that she remove some hostile tweets about another SXSW panelist. Forrest has since been bombarded with angry tweets, largely from Gamergate supporters.

SXSW and Carrera did not respond to requests for comment.

Perry Jones: do you think that games journalists have created a climate of fear for people looking to break into the industry?

Carrera didn’t attend the panel, but the other three panelists apparently managed to hold their own successfully. Gallaga especially complimented Jones, whom he said kept things calm and controlled during the entire event. Still, it was a lot of preaching to the choir, especially when it came to the topic of the hour: Ethics in gaming journalism.

Over the course of the hour-long panel, they reportedly discussed journalist conflicts, review versus opinion, journalists’ political ambitions, and other similar topics. Also, whether journalism is responsible not only for Gamergate, but also for keeping women and people of color out of the gaming industry.

Very little time was dedicated to non-journalism issues, like the changing community, video game development, or any of the other topics SavePoint was set to discuss, according to its event description. With one major exception: During the panel, Robalik largely dismissed the abuse people experience online as an inevitable, saying the Internet “is not real life,” and anyone who uses it needs to toughen up and accept abuse as part of the package deal. This was not an opinion reflected by the other panelists, according to Gallaga.

#GamerGate #SavePoint @Mitveesh232 And now I and many others won't be happy until all media lies around us in flames. Well done.

If you take SavePoint at face value, it’s a panel about engaging the gaming community on a variety of topics. But if you look at what was said, felt, and shared, it was for like-minded gamers who claim journalism is responsible for the toxicity in gaming culture, not gamers themselves. And when one journalist from BBC asked the panel why gamers couldn’t simply disagree with him instead of calling him an “idiot,” he was simply told: Because they’re gamers.