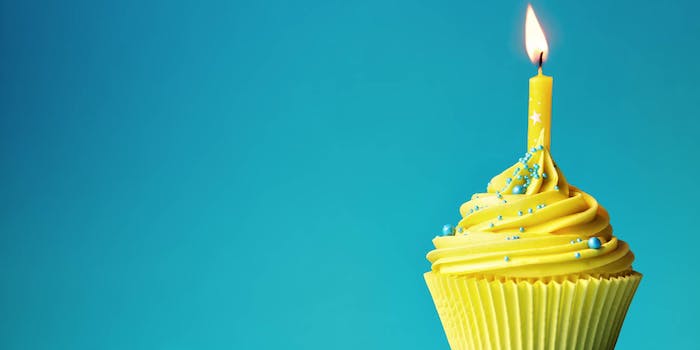 For a long time, it was common knowledge that swastikas were bad things. Sure, you can argue about Hitler inverting the auspicious Hindu symbol, but every single history class and action movie have taught us that Nazis are the villains. And yet, here in 2016, we’re getting swastikas drawn on schools, parks, churches, and now a Jewish kid’s birthday cupcake.

After the party was over, the teen’s mother learned that two of the guests had decorated a cupcake with a swastika, photographed it, and put it on Snapchat. The mother shared the image on Facebook, writing “Incidences of awful racist, misogynistic, anti-semetic [sic], etc. behavior are skyrocketing—you see it in posts that have been forwarded or news stories, but it always happens ‘somewhere else’ or ‘not in my backyard.’ Well how about it happening right in YOUR OWN HOUSE?”

Carlos Galindo-Elvira, the director of the Anti-Defamation League in Arizona, told 12News, “When you joke with symbols like the swastika you begin to normalize them and make it very casual within our society,” and said parents need to discuss with their children why not to do things like draw swastikas on cupcakes.

Because that’s where we’re at now, reminding teenagers that swastikas are bad. Happy 2016.