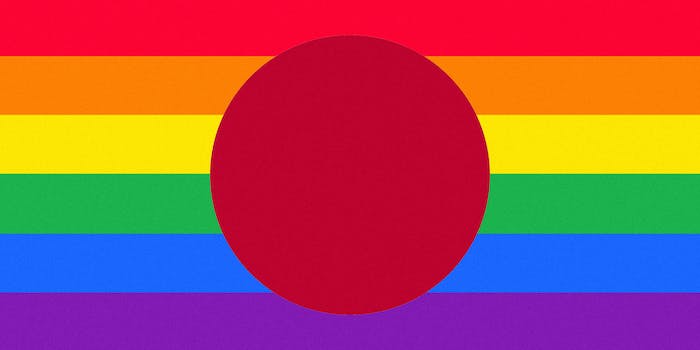 Japan has a complicated history with queer acceptance.

Suumo, a Japanese housing site listing properties for sale and rent in Japan, is introducing a registry for LGBTQ-tolerant property owners in March.

According to PinkNews, the search function will let searchers limit properties to LGBTQ-accepting houses only, allowing potential residents to look through a list of places that allow or support LGBTQ singles and couples.

A spokesperson from Suumo’s parent company, Sumai Company, stressed the importance of providing resources for Japan’s LGBTQ residents. “There are present conditions where LGBT people are struggling to find property, feeling restricted on living together with their partner in rental houses or refusing to move in themselves,” the representative told PinkNews. “I would like to introduce the owner’s property and support the search for properties.”

Japan has traditionally faced a complex and troubled history with LGBTQ acceptance. A 2016 article from the Japan Times reveals that, amidst growing activism and awareness for Japanese LGBTQ identities, Japanese popular media is still lagging behind.

In one case, transgender writer Mineko Nomachi’s faced transphobic treatment on Nippon TV. When a variety show called her “onee talent” —or talent “whose selling point is that they are nominally men with feminine characteristics,” as Japan Times describes it—Nomachi complained but did not receive an apology.

Meanwhile, gradual change seems to be seeping into major Japanese cities. In Sapporo, the city’s municipal government has drafted rules for recognizing gay and trans partnerships for LGBTQ couples—a first for an entire city in the country.

The draft follows after Tokyo’s Shibuya Ward officially began recognizing gay partnerships as “equivalent to marriage” in 2015. While not officially allowing gay marriages to take place, the law proves a major victory for LGBTQ acceptance within the city itself.

Meiji University’s Ken Suzuki, who lobbied Sapporo to accept LGBTQ partnerships, was supportive of the measure. “It is an advanced program,” he told Japan Times.

The program will start at the beginning of the next fiscal year in April.