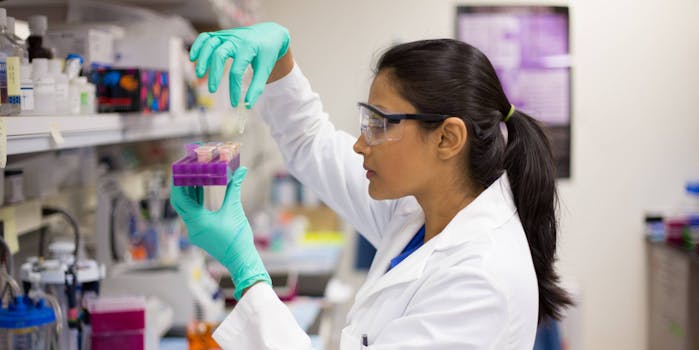 Teachers admit to having stereotypical bias against girls in STEM

This could explain why so few women are currently in the field.

Across all STEM (science, technology, engineering, and math) fields, women are underrepresented. Many are treating the problem as one of motivation, convinced that if we could encourage girls to pursue whatever career they want, the numbers would even out. However, the problem seems to lie not with girls, but with those who teach them.

According to new research from Accenture, “57 percent of teachers admitted to having made subconscious stereotypes about girls and boys” related to STEM education in Ireland. These stereotypes include: encouraging girls to pursue more “girl career paths” like nursing or teaching, girls being worried they’ll be the only girl in class, and the general perception that STEM careers are more suitable for boys.

“The problem is mirrored in the U.S., where female employees account for less than a quarter of STEM workers—despite making up almost half the overall workforce,” according to the Independent.

Surveys like this show that to get more women involved in STEM (and conversely, more men involved in “girl career paths”), there needs to be a change in overall culture. It’s not just about telling girls to take more physics classes, but nurturing interest in science and math from a young age, and ensuring that when women do pursue STEM careers, they aren’t bullied and harassed once they get there.

The Accenture survey said there’s been an uptick in girls’ participation in STEM courses over the past three years, which could mean an increase in women in the field in another few. But that’ll depend on whether they feel encouraged to stay.