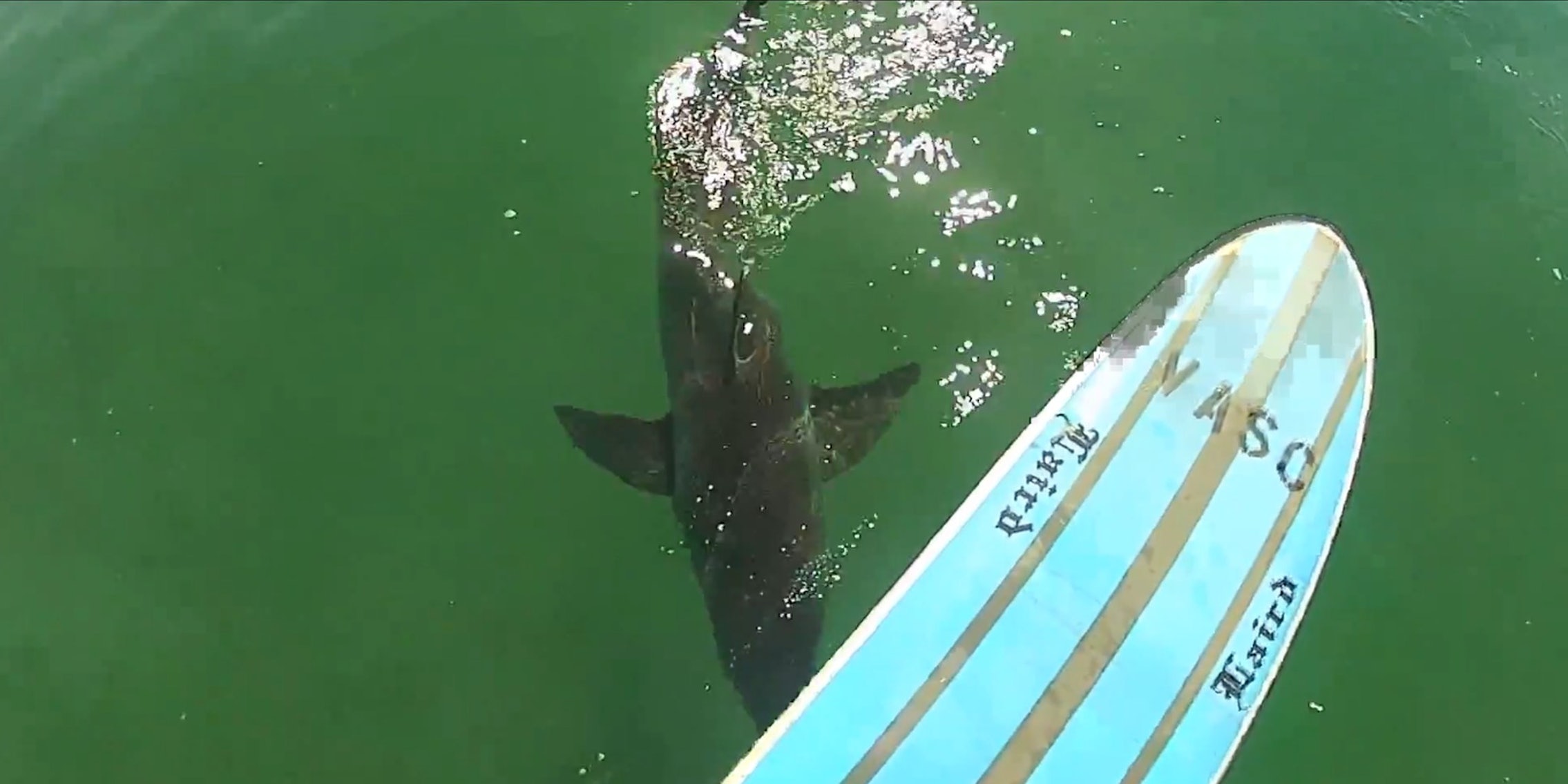 The latest GoPro video to take our breath away was shot entirely by accident.

We’ve seen GoPro videos attached to eagles and rams, offering an entirely new perspective of the world around us. But the latest video to take our breath away was shot entirely by accident.

Brad Coder attached a GoPro camera to his surfboard last Tuesday as he made his way through the waters of El Porto Beach, Calif. He was filming a music video for his latest single in the Santa Monica Bay when he decided to kick back with a barbecue grill, part of the setup for the song.

It wasn’t until until he viewed the footage later that he noticed that a great white shark had been following his progress through the waters with fellow surfer, Jack La Padura.

“I was in the water swimming with a Great White while having a BBQ on my Surfboard,” he commented. “Now that is some Shit!!”

Little is known about the migration patterns of great whites, but as technology advances they’ve been spotted with increasing frequency swimming near humans in recent years. In January, another oblivious swimmer caught a great white lurking under his boat at a New York beach.

The research institute Ocearch has a Shark Tracker that attempts to monitor shark locations, but shark-tagging is rare, and often swimmers have no idea how close they are to the world’s largest predator until the danger is over—one way or another.

Perhaps unsurprisingly, Coder and La Padura weren’t the only ones to encounter sharks near El Porto. The day after their encounter, surfer Mike Durand of the surfcam website Swell Magnet went kayaking to see if he could spot some sharks—only to have two swim directly under him. A shaken Durand noted, “It’s all fun and games until someone loses an eye. (Or leg.)”

In July, El Porto Beach was briefly closed after helicopters spotted sharks swimming just 15 feet away from people in the ocean. We sense a pattern emerging. Perhaps El Porto authorities might want to figure out whether their local swimmers are particularly oblivious, or their local sharks just really affectionate.

Or maybe there’s just something in the water.