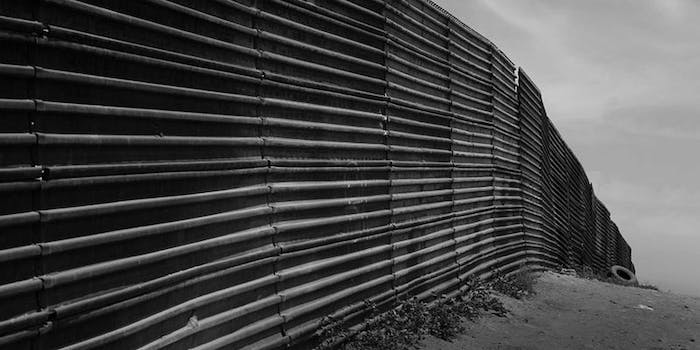 In fact, it may be best to just leave all your gadgets at home.

On Wednesday, the U.S. Supreme Court handed down a decision that should matter to the over 90 percent of Americans who carry around cellphones. The court ruled that if a law enforcement officer wants to search your mobile device, they’re going to have to get a warrant first.

Writing for the unanimous majority, Chief Justice John Roberts argued the virtually endless amount of personal information contained on the average smartphone should be granted far greater Fourth Amendment protections against unreasonable search and seizure than a police officer simply rifling through a suspect’s pockets to make sure they’re not hiding a gun in their jacket pocket.

While the decision was hailed as a major milestone by electronic privacy advocates, in reality, the victory was only partial. Police officers who want to skim through someone’s text messages or browse their Tinder matches to ferret out illegal activity may have to first justify their need to do so to a judge. Border patrol agents, on the other hand, have to do no such thing.

For the millions of people, U.S. citizens and non-citizens alike, who cross into the United States each year, there are very few limitations for Customs and Border Protection (CBP) when it comes to the agency’s ability to search those travelers’ electronic devices.

Based on CBP documents obtained by the American Civil Liberties Union through a Freedom of Information Act-related lawsuit, between October of 2008 and June of 2010, over 6,500 people crossing a U.S. border had their electronic devices searched. Almost half were American citizens.

When On The Media producer Sarah Abdurrahman and her family were detained after coming back into the United States after a wedding in Canada, their smartphones were searched. In an interview with Forbes, Canadian actor Chad Rook recounted how customs spent nine hours going through his email, call logs, and both his Twitter and Facebook accounts on the suspicion that he was headed into the country to look for work illegally.

“The legal principle at hand here is that a warrantless search of someone coming into the country at the border is reasonable by virtue of the fact that the United States, as a sovereign country, has the right to police and control what comes in and out of its borders,” explained Hanni Fakhoury, an attorney with the Electronic Frontier Foundation (EFF) who has spent years following the border search issue.

As a result, a warrant isn’t required in order for a CBP agent to conduct a search at the border—the Supreme Court affirmed as much in the 1997 Ramsey v. United States decision, when it ruled such searches permissible ?pursuant to the longstanding right of the sovereign to protect itself by stopping and examining persons and property crossing into this country.”

?The courts have set some limits,” Fakhoury explained, ?but precisely what those limits are is not entirely clear.”

The Supreme Court has said that, in order to do a full body cavity search, agents need to have a ?heightened suspicion” a person attempting to cross the border is doing something shady. When it comes to searching electronic devices, however, there’s really only been a single court case to impose any specific limitations.

In 2007, Howard Cotterman and his wife tried to cross the border from Mexico into Arizona, but was detained by CBP agents. The couple was detained for eight hours while officials searched his pair of laptops and three digital cameras, due to Howard Cotterman’s 15-year old prior conviction for a sex crime. Officials didn’t find anything incriminating, but did notice a some password-protected files on one of the computers. They took the devices to a facility 170 miles away and discovered a trove of child pornography. Cotterman was indicted and fled to Australia, but was arrested by Australian authorities shortly thereafter.

At trial, Cotterman successfully filed a motion to suppress the evidence obtained from the search of his computer, arguing that it violated his Fourth Amendment rights. The court allowed the motion, but the government appealed to a higher court. The Ninth Circuit Court of Appeals agreed with the government and allowed the jury to be told informed that actual child pornography is involved this child pornography case.

However, in doing so, the Ninth Circuit laid down a condition that has to be met for border agents to conduct a ?forensic search” of an electronic device: Officials must have a ?reasonable suspicion” of wrongdoing. CBP’s intensive search of Cotterman’s laptop was justified because of Cotterman’s prior sex offense conviction, the fact that he regularly traveled abroad and just came from a country with a reputation for ?sex tourism,” as well as the ?collection of electronic equipment” in his vehicle.

For civil libertarians like Fakhoury, the court’s imposition of some limits on CBP’s ability to search whatever they want at the border is step in the right direction, but its hardly a panacea.

Cotterman also doesn’t protect travelers from consent searches—where agents ask someone to voluntarily let them look through their phones. Border interrogations are, by their very nature, designed to be intimidating experiences. Holding cells are often kept at painfully cold temperatures and agents are under no obligation to tell someone why they are being held or how long they’re going to be be there. Under these circumstances, standing up to a border agent and informing them that they’re not allowed skim through your text messages may not seem like a realistic option.

In addition, the Cotterman ruling only holds within the nine states within the Ninth Circuit’s jurisdictional geographic area—the states of Arizona, California, Hawaii, Idaho, Montana, Nevada, Oregon, and Washington. In the other 42 states (and the District of Columbia), CBP has to provide literally no justification for the type of search the Supreme Court just ruled could expose ?a digital record of every aspect of their lives—from the mundane to the intimate.”

Even so, the Supreme Court’s ruling this week may open a window to challenge CBP’s free reign to search electronic devices at the border.

To be sure, the … case from yesterday … didn’t directly address border searches. But, the court did discuss how much sensitive data is stored on a call phone and how it triggers this need to impose privacy protections of it. I could see a [legal] argument being made that even a cursory examination of a cell phone would trigger the same sort of privacy interest that are at play. … You could make a similar type of argument that it’s too invasive of a search based on … the original justification for that search.”

Whether anyone will be able to have his or her day in court to make that argument remains to be seen. Until that happens, international travelers concerned about their privacy at border crossings may want to heed the warning circuit court Judge Edward Korman, who wrote in a recent ruling affirming CBP’s ability to warrantlessly search electronic devices at the border that it “would be foolish, if not irresponsible” to travel abroad with sensitive data on your device.

Basically, Korman argued, if you don’t want government agents to see your private information, don’t try to bring it into the country.

Officials at the department of Customs and Border Protection did not respond to a request for comment.