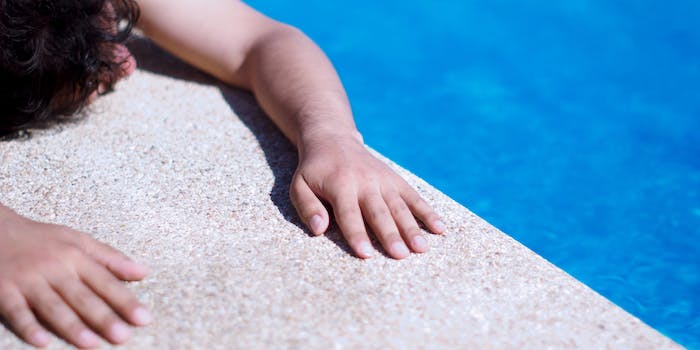 This is what suntans really do to your skin

Prepare to never go outside again.

Despite decades of cancer warnings and an overabundance of skin care products, people still spent the summer soaking in the sun’s harmful ultraviolet rays. But a New York-based artist decided to try a different tactic and show people what human skin looks like in UV light.

In a YouTube video highlighting the stunt, artist Thomas Leveritt asks people to peer into a camera. When doing so, they see their own faces emblazoned with some of the sun’s not-too-flattering effects, such as freckles and other skin irritations, thanks to the use of a UV camera.

More suprising, perhaps, is what a dab of sunscreen does to UV rays—you have to see it to believe it.

Only time will tell if Leveritt’s experiment will finally give potential skin cancer victims a much-needed wake-up call. After all, people are, in general, creatures of habit. In the meantime, perhaps the message will get across if we oversaturate this particular Throwback Thursday with a reminder of just how truly unforgiving a sun can be.