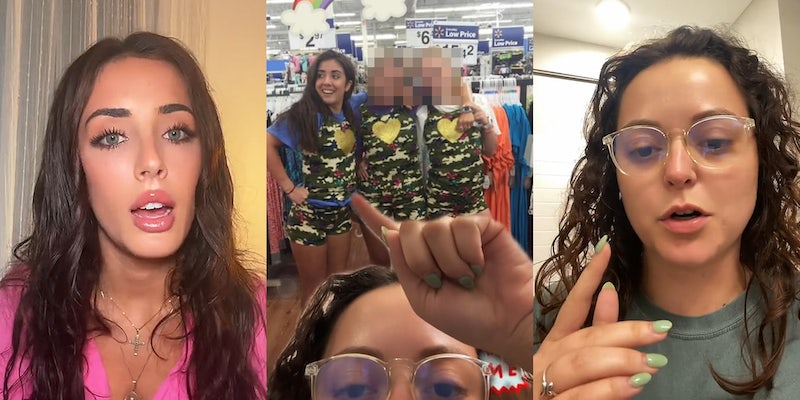 ‘I saw this coming’: TikToker says Sumner Stroh, who accused Adam Levine of affair, bullied her as a teenager

'I wish her nothing but the best, but she's not a nice person.'

Speculation and commentary swelled around Sumner Stroh’s alleged affair with Adam Levine as a TikToker said she’s Stroh’s former campmate and that the Instagram model has a tendency for bullying.

Rachel Badger’s TikTok video went viral on Tuesday after she shared photos from their time at camp together and expressed her personal belief that the Sumner-Adam scandal was manufactured to boost the model’s clout.

“I saw this coming,” Badger says in the video. “I wish her nothing but the best, but she’s not a nice person. The way that she treated me when I was at camp ruined part of my experience.”

Stroh, 23, first made claims of her alleged affair with Levine on Monday. She claims the rock star manipulated her into an affair, and she used alleged screenshots of their DMs to bolster her case. Since then, Levine denied allegations of physical contact with Stroh and apologized on Instagram for flirting with her.

“[I] used poor judgment in speaking with anyone other than my wife in ANY kind of flirtatious manner,” Levine wrote.

Badger’s video received 114,000 views and 542 comments—most of which praise her for coming forward and speaking up about bullies. In the comments, Badger mostly receives support for her social media share.

Badger told the Daily Dot that she first went to the same Central Texas summer camp as Stroh in 2010. She says she didn’t know Stroh well at first but that they were in the same age group, so they interacted through camp activities.

Badger said the bullying started that year but progressed after they were assigned to the same cabins in 2015 and 2016.

“I’ve had two people from my cabin come forward and apologize saying they were influenced by Sumner. One of them told me she would go around and tell people not to be friends with me because I was weird or too friendly,” Badger told the Daily Dot. “I always thought it was because of how I looked or how much I weighed.”

Stroh did not respond to the Daily Dot’s request for comment.