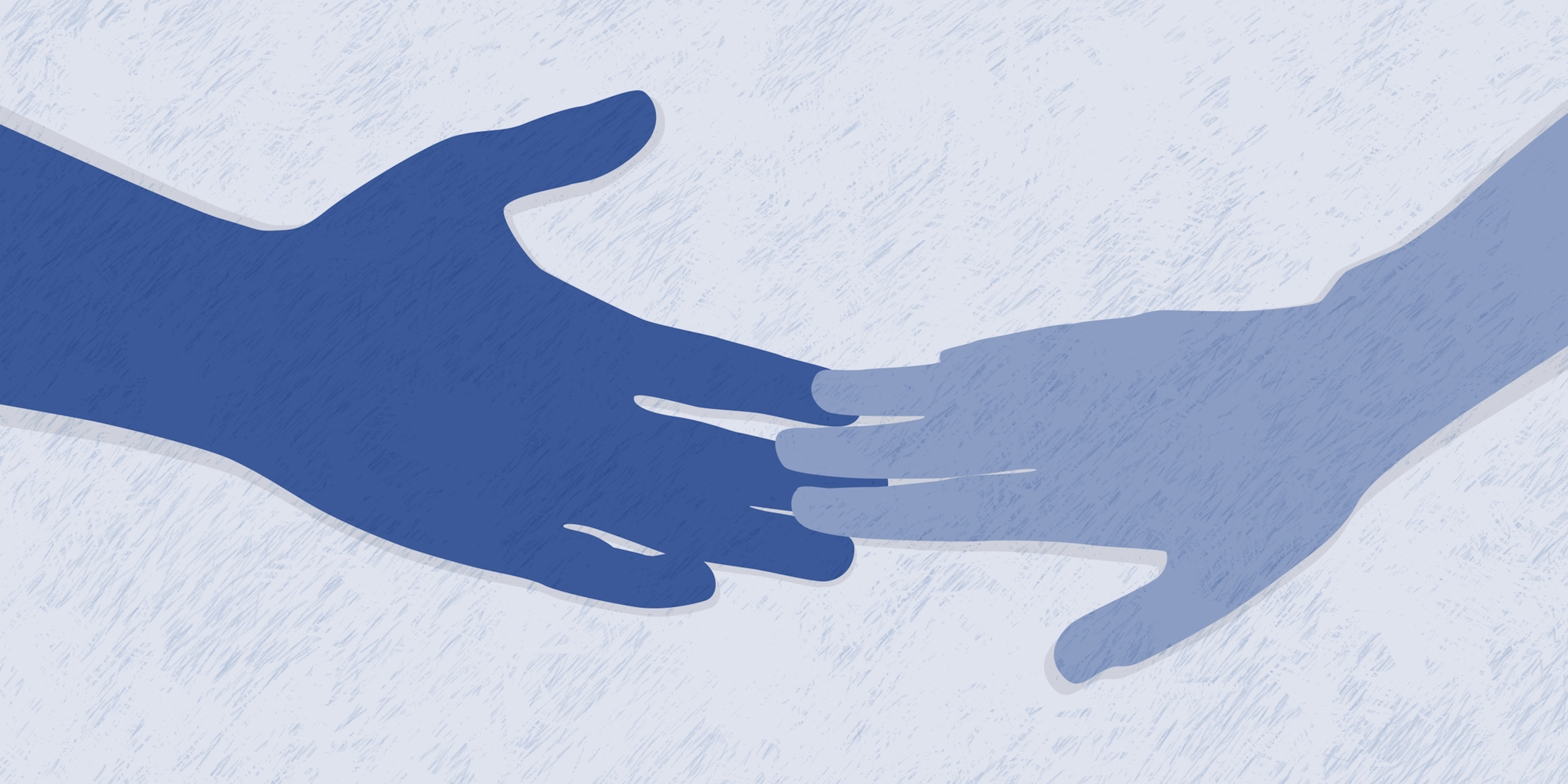 Behind the sudden, disturbing uptick of suicides on Facebook Live

Why a very private act has recently become public spectacle.

Shortly before sunset on Dec. 30, Katelyn Nicole Davis, a 12-year-old girl from Cedartown, Georgia, started livestreaming a video that would end in her suicide. In it, she claimed she had been sexually and physically abused by a relative. Police didn’t arrive in time to save her.

Three weeks later, on Jan. 22, Naika Venant, a 14-year-old girl from Miami Gardens, Florida, hit record on a livestream from her foster parents’ bathroom. Over the course of two hours, as she made her suicidal intentions clear, commenters offered messages of concern and ridicule. A friend called authorities, but due to a miscommunication about her address, they didn’t get there in time. Naika died at 3:03am.

Four days after that, a 33-year-old actor named Frederick Jay Bowdy shot himself in his car in Los Angeles, becoming the third person in less than a month to die while livestreaming on social media.

“This is all extremely new,” says Dr. Nadine Kaslow, professor of psychiatry and behavioral sciences at Emory University. “We don’t have a lot of research yet, but it’s become a big public health concern.”

Suicide is typically a private act. More than 40,000 people die from suicide each year in the United States, and the vast majority of them die alone. The recent string of broadcasted suicides have carved out an eerie place on the private/public spectrum that didn’t exist just a few years ago.

“They’re alone,” Kaslow explains, “but by choosing to broadcast on social media, there’s no question that they’re connecting to other people. In some cases, it might be a way to show their pain and distress. They might see it as the only the way to be heard.”

For Naika and Katelyn, both victims of alleged abuse, this certainly could have been a motivation. Naika’s story illustrates an infuriating failure of the Florida foster care system, which had her bouncing between group homes, sexually abused by an older boy, not receiving crucial support, and falling between the cracks. “I am sick and devastated,” Naika’s mother said at a news conference the week after her daughter’s death. “I have trusted Florida foster care people to care for my baby. Instead she kills herself on Facebook.”

“When we talk about somebody broadcasting their death, that’s somebody who’s trying to reach out for help.”

Katelyn seemed to have lived much of her life online, logging countless hours of live video before her death, some of which can still be found on the web. She stares into the camera, swears, sings, cries, expresses her frustrations. Her little brother yells in the background, sometimes waddling into her room before she pushes him out, until she is alone again.

“We know that there is a big link between childhood abuse and suicide attempts,” Kaslow says. “For some people, it appears that this may be a way to publicize the message that this was going on within their family and their community, but also a larger message about the devastating consequences of abuse and neglect.”

Whereas a suicide threat is seen as a cry for help, and a suicide note is designed to be found after the fact, a Facebook Live video functions as both, in real time. In that sense, Facebook reps are quick to point out, the morbid “upside” of a livestreamed suicide attempt is that with more people watching, there are more opportunities for intervention.

“When we talk about somebody broadcasting their death, that’s somebody who’s trying to reach out for help,” says Dan Reidenberg, executive director of Suicide Awareness Voices of Education (SAVE), who works as an adviser to Facebook in the area of suicide prevention. “The people who are livestreaming, they’re hoping beyond all hope that they’re going to get that one message from that one right person at the right time that’s going to change their mind.”

The opportunity for intervention might be there, but for first responders, social media suicide threats present unique challenges. “The most difficult thing is geography,” says Lt. Michael Rouches, public information officer for the Hillsboro Police Department in Oregon. “People can be online anywhere in the world, so figuring out exactly where they are at a certain moment is tricky, especially when we don’t have a lot of time.”

In all three recent cases, authorities weren’t able to get to the victims in time for a variety of reasons: calls not coming in fast enough, wrong addresses, unreliable information. The wide reach of social media means more people have the opportunity to call 911 when they see a suicide threat online, but it also means callers might not have any information beyond the name on the Facebook profile. “When we get the 911 call, we activate a detective to look at it,” Rouches says, “then we begin calling anybody who could be affiliated. We can try to ping their phone for a location, but we need a warrant first. We have crime analysts that will dig into their social media accounts to find trends of where they have been or where they might be. It takes a lot of manpower.”

When everything aligns, lives are saved. Just two weeks ago, emergency dispatchers in Alameda County, California, were able to track down a woman who was harming herself and talking about ending her life in a Facebook Live video. The woman had placed a distress call to a crisis center in Idaho and workers there believed she was located in California, but by pinging her phone and monitoring social media, police were able to pinpoint her location in Long Island, New York. She was found unconscious in her car and taken to the hospital, where she received psychological treatment.

In the case of Facebook Live videos, “We want to interrupt these streams as quickly as possible when they’re reported to us, so we’ve given people a way to report violations during a live broadcast,” a Facebook spokesperson said via email. “We will also notify law enforcement if we see a threat that requires an immediate response, and suggest people contact emergency services themselves if they become aware of a situation where the authorities can help.”

A second wave of complex issues arises once a suicide video starts going viral. The video of Katelyn’s death was downloaded from the app Live.me and shared on social media around the world. It took Facebook two weeks to remove the video from timelines, and Polk County Police Chief Kenny Dodd expressed frustration that he had no jurisdiction to remove the graphic content from other sites. “We want it down as much as anyone for the family, and it may be harmful to other kids,” he told Fox5 in Atlanta. “We contacted some of the sites. They asked if they had to take it down, and by law they don’t.”

The potential danger, in addition to widespread emotional distress caused by watching a video like this, is suicide contagion, a phenomenon in which high-profile suicides cause “outbreaks” of other suicides. Youth are particularly vulnerable.

“The truth is we don’t know what the contagion effect is going to be,” Kaslow says. “People are talking a lot about contagion [from livestreamed suicides]. There’s not a ton of evidence for that yet, but there is good reason to be worried.”

As tech companies and researchers scramble to understand this disturbing new phenomenon, it’s important to remember that the most effective life-saving solutions in the age of social media are the same as they have been for decades: genuine connection and intervention.

“If you see anything like this, right then and there is your time to help save somebody’s life,” Reidenberg says. “Don’t wait. Don’t wait 10 minutes. Don’t wait an hour. Now we have the chance to express, ‘I’m worried about you. I’m here for you. I can help you get help.’ That’s very powerful.”

Rouches agrees. “If you feel like somebody’s in trouble, they’re struggling, reach out and ask questions,” he says. “It’s not enough to hit that little sad face button. Take these situations seriously. If someone’s in trouble, we’ve got to find them. We’ve got to get there.”