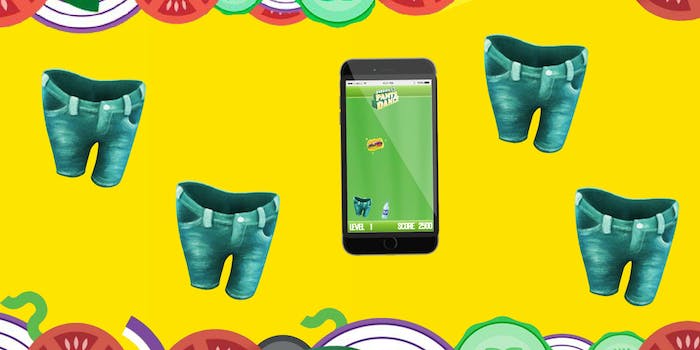 It took them long enough.

Jared Fogle, “the Subway guy,” will admit to possession of child pornography and to crossing state lines to pay for sex with minors, according to a plea deal.

In the early ’00s, Fogle appeared in commercials for Subway, touting how he lost over 200 lbs by eating their sandwiches. At some point, the fast food chain also created a children’s video game called “Jared’s Pants Dance” on its web site, Subway Kids.

When it was playable, “Jared’s Pants Dance” would maneuver a pair of pants—meant to be Fogle’s pre-diet fat pants—around a screen in order to catch food items as they fell from above.  It was available for download until this afternoon.

Under his plea deal, Fogle will pay a restitution of $100,000 each to 14 minor victims who were depicted in child pornography images or with whom he engaged in unlawful sexual acts. He faces five to 12 1/2 years in prison, according to the New York Times.

We no longer have a relationship with Jared and have no further comment.

Subway has since replaced “Jared’s Pants Dance” with a matching game based on Disney’s Inside Out.