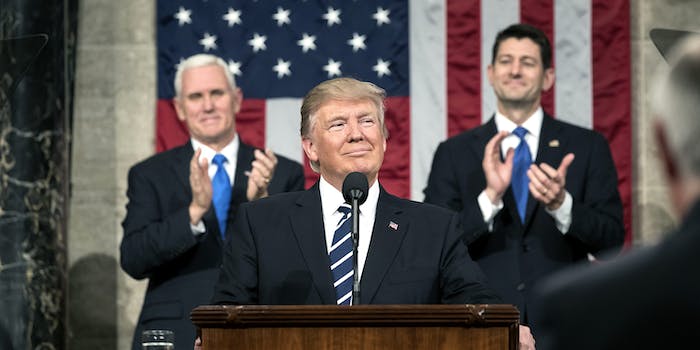 Personal values, not political beliefs, might have driven supporters to vote for Trump.

A new study reveals President Donald Trump’s voters like conformity and prefer having power over others.

The study’s findings come from an online survey of over 1,800 Americans who answered a “Trump Similarity Values Test” created by Texas Tech University Professor Ryne A. Sherman. The poll’s results concluded that personal values, not necessarily political beliefs, were “an even stronger predictor of support for Trump” across party lines.

The survey’s questions discuss a variety of topics around style, dress code, and workplace beliefs to gauge respondents’ personal values. For instance, one question asks if people living in poverty “just need to work harder.” Another has respondents agree or disagree over whether “building relationships is more important than building a profit.” At the end, the survey tallies up responses and tells users whether they share the president’s values.

Sherman found Trump’s supporters largely disliked welfare programs, preferred having control over others, were interested in earning profits over happiness, and largely valued traditional beliefs on things such as dress codes and managing a company. This led Sherman to conclude that Trump’s personality, not necessarily his political beliefs, drove voters to choose him for president in 2016.

“Values are key drivers of human behavior and represent our philosophy on life,” Sherman told PsyPost. “As a result, we tend to like people (and organizations) that share our values.”

Take the test online here to see how your personality compares to the president’s.