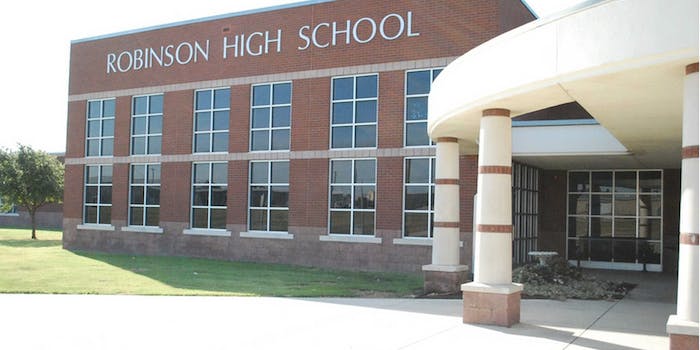 Friends and classmates are mourning him online.

Reports are surfacing that a student took his own life in the parking lot of Robinson High School in Robinson, Texas, on Wednesday, and it appears that the student tweeted about it right before.

The Daily Dot has chosen not to share what we believe to be the student’s name, because local authorities have yet to release any details about the investigation. But it seems likely that a tweet that was widely circulated on Wednesday was sent by the student before he took his life at the school. 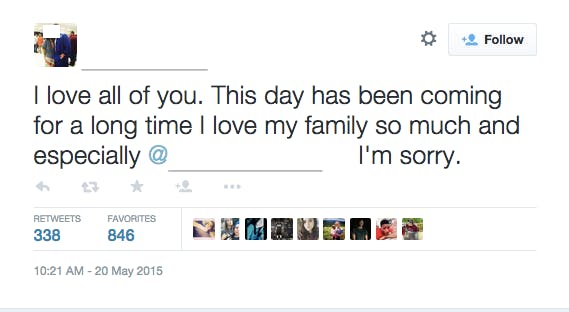 Jill Anderson, city of Robinson public information and communications director, confirmed to the Waco Tribune that an 18-year-old senior died of a self-inflicted gunshot wound in the back parking lot of Robinson High School.

In a press conference after the incident, Robinson ISD Superintendent Michael Hope said that the school would have a delayed opening on Thursday.

“Please pray for the family,” he said. “Please continue to lift them up — all the Robinson Rockets family up in prayer. The staff, the students, because they’re going to need it.”

Other tweets confirm that the young man who tweeted the note was the same one that committed suicide at Robinson High School. 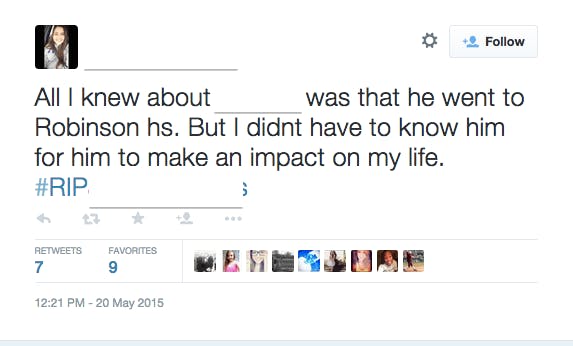 In his last tweet, he references another student who appears to be his girlfriend. She tweeted the following today:

There’s also a hashtag for him used in a number of tweets, with his friends expressing their grief and disbelief and strangers tweeting their prayers and support.

This isn’t the first time that a teen has sent such a tweet before taking their own life. In 2011, an 18-year-old girl from Texas sent 144 anguished tweets, detailing her history of depression and self-mutilation, before taking her own life. More recently, there’s been a startling flurry of teen suicides in the trans community, often announced or memorialized on Tumblr and Twitter. That’s started a national conversation about the impact of social media on at-risk youth.

“It’s obvious she needed somebody to talk to and that’s what I believe those tweets were,” Chief Craig Brady of the Fort Bend Country Sheriff’s Department told My Fox Houston at the time.

The school will be providing counseling for any students affected by the tragedy.