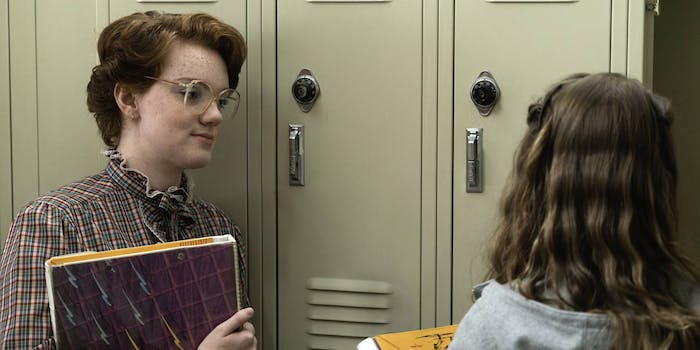 A controversy over 'queerbaiting' caused the actor who plays Barb to speak out.

When Stranger Things premiered last year, it’s safe to say that the internet’s most beloved character was awkward misfit Barb. Now fans are rallying around the actor, Shannon Purser, after she came out as bisexual on Twitter.

In a tweet posted on her Twitter Tuesday night, Shannon revealed that she has recently come out to her family and friends as a bisexual woman, and that she’s still “trying to understand” her own sexuality.

“I’ve only just come out as bisexual to my family and friends. It’s something I am still processing and trying to understand and I don’t like talking about it too much,” she wrote. “I’m very very new to the LGBT community.”

Purser came out about her sexuality after a controversy emerged over “Beronica shippers” from the show Riverdale, which is based on the Archie comic series. Purser insisted that shippers (i.e., fans who root for characters to be romantic) should treat others respectfully, criticizing “hateful people” who attacked her and others over the ship.

“Beronica,” of course, refers to a pairing that connects Betty Cooper and Veronica Lodge together as lovers. The ship has been hinted at in trailers for the show, with one scene even featuring Betty and Veronica kissing. But the ship was never fully developed in the series, leaving many to argue that the writers were “queerbaiting” viewers.

Previously, viewers speculated whether the character Will Byers from Stranger Things is gay. Noah Schnapp, who plays Will in the series, turned to Instagram to suggest that Will’s sexuality remains a mystery. He encourages fans to ask whether or not Will is gay over the course of the second season.