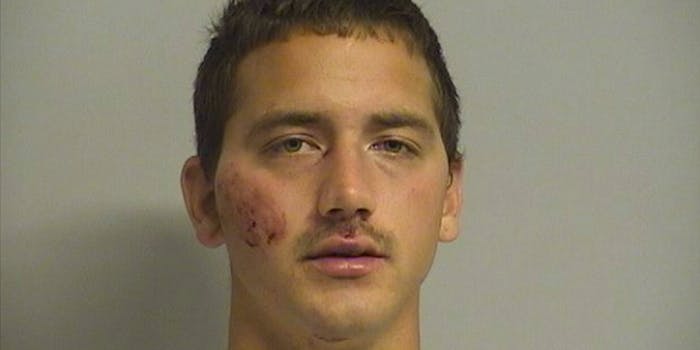 A man livestreamed his joyride in a stolen police car as local authorities pursued him in a high-speed chase.

John Martin Pinney allegedly stole the cruiser in downtown Tulsa late Monday night after an officer left her vehicle unattended. “Most criminals are opportunists, and he was presented with an opportunity to steal a police car, and he took that,” spokeswoman Jeanne MacKenzie said. “I don’t know if there’s a motive behind it.”

If there’s a motive, it’s hard to tell from the four videos Pinney posted via Facebook Live before and during the chase using the officer’s personal iPad. The videos have been viewed a total of over 100,000 times.

In one, he spends the majority of the time talking about country music. In another, he details his past experience in prison.

“This is the shit I want to go out to,” he says repeatedly in the videos. “I ain’t got nothing else to do but read books,” he adds later.

You get the impression from the videos that Pinney is bored, directionless, and looking for a cheap thrill, even if it comes with dire consequences.

“I just don’t give a fuck,” he says as he parks the vehicle at a smoke shop to give viewers a glimpse of the vehicle itself. 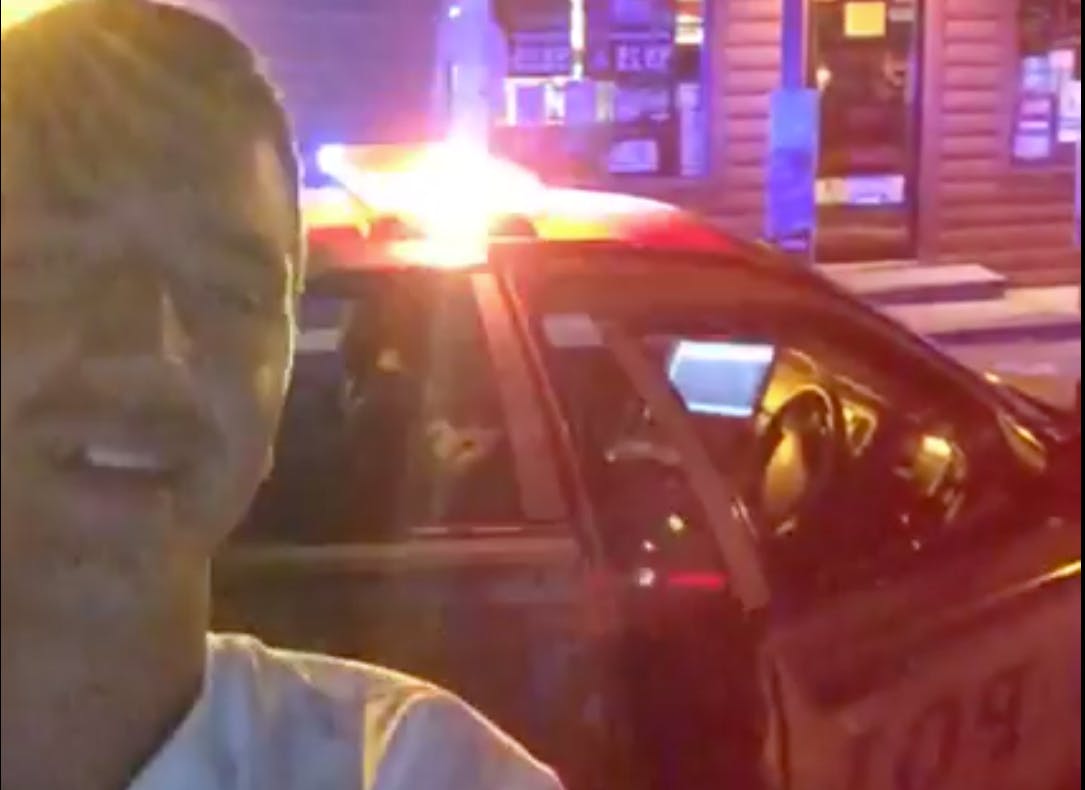 According to his arrest report, Pinney reached speeds of nearly 100 mph while he was filming, and he drove through several residential areas while children were potentially still trick-or-treating. He ultimately parked the vehicle at his father’s house, where he allegedly resisted arrest.

Tulsa World reports that Pinney is on probation for multiple violations. He was booked for larceny, resisting arrest, false impersonation of a police officer, and two counts of possession of a firearm, given that there were two loaded guns in the trunk of the car.

This is hardly the first time someone has used Facebook Live to film their encounter with their police. In most cases, it’s done to increase accountability and create transparency during routine traffic stops, but occasionally it backfires. In September, a man accidentally filmed himself hiding cocaine from police.

“All it is for us is evidence for court,” MacKenzie said. “When you’re on video in a stolen police car, you really can’t deny that you did that. They’re using it, I think, for attention or to try to get notoriety. We use it as an evidence tool.”