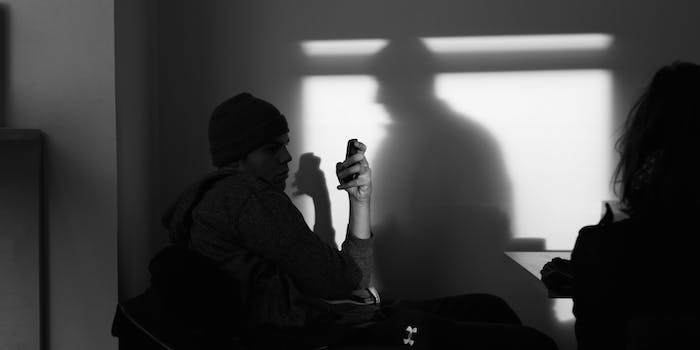 Prosecutors in St. Louis, Mo., have dropped charges against three men accused of committing a violent armed robbery one day before a police officer was scheduled to face questions about a secretive surveillance device.

According to the St. Louis Post-Dispatch, the male three defendants and a fourth female suspect were charged with robbing seven people on Oct. 28, 2013. One of the suspects was reportedly located the next day using a cell site simulator—a mobile wiretapping device, often called by the brand-name “Stingray,” that captures data by mimicking a cellphone tower.

Defense lawyers were scheduled to depose a police officer on April 9 about the Stingray’s use, but the prosecution suddenly dropped all charges against the three men. The female defendant, who previously agreed to testify against the others in court, now wants to rescind her guilty plea.

Prosecutors have reportedly denied that the charges were dismissed to prevent details about the Stingray device from being made public. Megan Beesley, the public defender, told reporters she’s convinced otherwise. Documents dismissing the charges, according to the Post-Dispatch, simply state that a “continuing investigation has disclosed evidence which diminishes the prosecutive merits of this case.”

One of the alleged victims, Brandon Pavelich, told the Post-Dispatch he was “shocked” when prosecutors told him the charges were being dropped because of “legal issues.” He required 18 stitches after being struck with a firearm during one of the several robberies involved in the case.

Beesley and two other defense attorneys decided to inquire as to how police located the suspect’s phone after reading a vague police report that referenced a “proven law enforcement technique.” Beesley and her colleagues have since found four other pending cases that contain reports with the exact same language. They’re now planning to launch challenges in those cases, according to the Post-Dispatch.

Because homeland security, that’s why

Cell-site simulators are controversial because details about their capabilities are withheld from the public—but also because police routinely withhold details about their use from judges. In March, the New York Times revealed that police departments are required to sign nondisclosure agreement overseen by the FBI before obtaining a Stingray. Two weeks ago, the New York Civil Liberties Union revealed that the NYPD had used the device up to 47 times since 2010; only once did they obtain a warrant before doing so.

The Federal Bureau of Investigation and local police departments often refer to the Stingray on paper as a “pen register device,” which implies that it records which phones numbers are dialed from a specific cellphone. The Stingray, however, is primarily used to track a suspect’s location, and may scoop up large amounts of data from innocent bystanders’ phones in the process. Some versions of the device can reportedly be used to record the content of phone conversations and SMS text messages.

The American Civil Liberties Union (ACLU) published an email from a Sarasota, Fla., police sergeant related to the Stingray device earlier this year, which was obtained under the Freedom of Information Act. In it, the officer describes how, at the request of the U.S. Marshals Service, his department intentionally obscures any reference to the device.

“In reports or depositions we simply refer to the assistance as ‘received information from a confidential source regarding the location of a suspect,’” the sergeant wrote.

Prior to the ACLU acquiring the records, the U.S. Marshals Service went as far as to seize the documents from the Sarasota Police Department to prevent their disclosure.

In response to the dropped charges in St. Louis, the FBI provided reporters with an April 2014 affidavit, which said, “cell-site simulators are exempt from (court) discovery pursuant to the ‘law enforcement sensitive’ qualified evidentiary privilege.” The technology is kept secret, the FBI says, because criminals may benefit from knowing how it works. Information about cell-site simulators “is considered homeland security information,” the affidavit says.