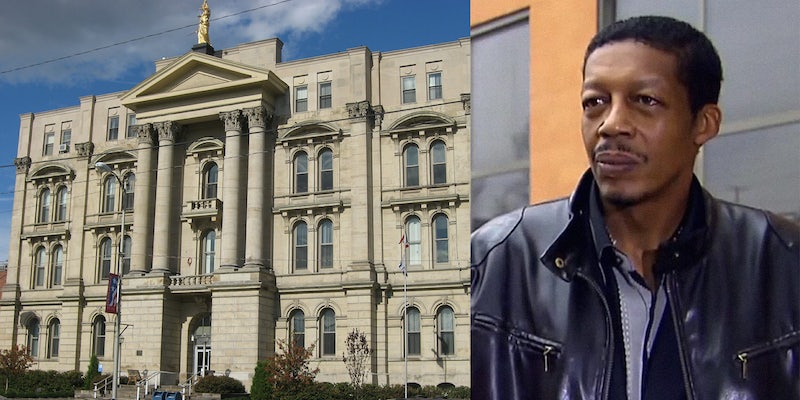 Father of Steubenville rapist attempts to gun down Ohio judge

The father, apparently, has a violent past.

A man who ambushed and shot a judge outside a Columbus, Ohio, courthouse before being killed by a probation officer has been identified as Nathaniel “Nate” Richmond, the father of one of the two Steubenville High School football players convicted of raping a 16-year-old girl in 2012.

According to WTRF 7, Richmond approached Jefferson County Judge Joseph Bruzzese Jr. outside the courthouse Monday after casing out the area earlier that morning. Richmond allegedly ran toward Bruzzese and attempted to wrestle him to the ground.

Courthouse video shows Bruzzese returned fire, and the two fired about five times each, according to the Associated Press. A probation officer also shot at Richmond and took him down to the ground. Bruzzese was flown to a Pittsburgh-area hospital and is now recovering post-surgery. Bruzzese’s colleagues called the attack intentional because judges have reserved parking spots.

Richmond was the father of Ma’Lik Richmond, who served 10 months in juvenile lockup at age 17 after being convicted of raping another teen at a party. The case enraged audiences across the U.S., who saw the media coverage as another example of high school athletes being protected for the benefit of sports institutions.

During the case, reporters evoked images of the athletes’ futures being “ruined” by a “mistake,” while critics of the rape survivor victim-blamed her assault on her presence at the “alcohol-fueled” party.

Ma’Lik, 21, has gone to be a member of the Youngstown State football team but is barred from playing. Prosecutor Jane Hanlin told WTRF 7 there is no connection between the conviction and the shooting.

According to AP, Bruzzese was overseeing a wrongful death lawsuit against the county’s Metropolitan Housing Authority that Nate Richmond had filed in April. Richmond’s record consisted of traffic violations over the past two years, and he was arrested for various domestic violence and assault charges several years ago.