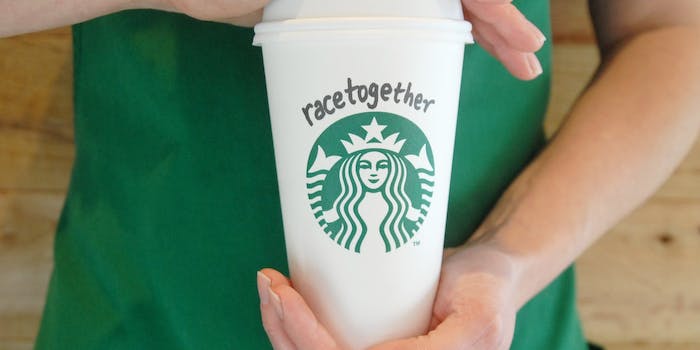 Who saw this coming?

Having solved coffee, white billionaire Starbucks CEO Howard Schultz is turning his attention to race relations. On Monday, Schultz made it unambiguously clear that Starbucks wanted to be a voice for rethinking this country’s racial issues.

Those conversations were so powerful that Schultz now wants them to become part of the company’s outward-facing DNA.

Starbucks even took out a full-page ad in Sunday’s New York Times: a bleak, all-black page with small white letters that read, “Shall we overcome?” Zoom to the bottom right, and you’ll see stylishly spaced text reading “Race Together” anchored by the Starbucks logo. 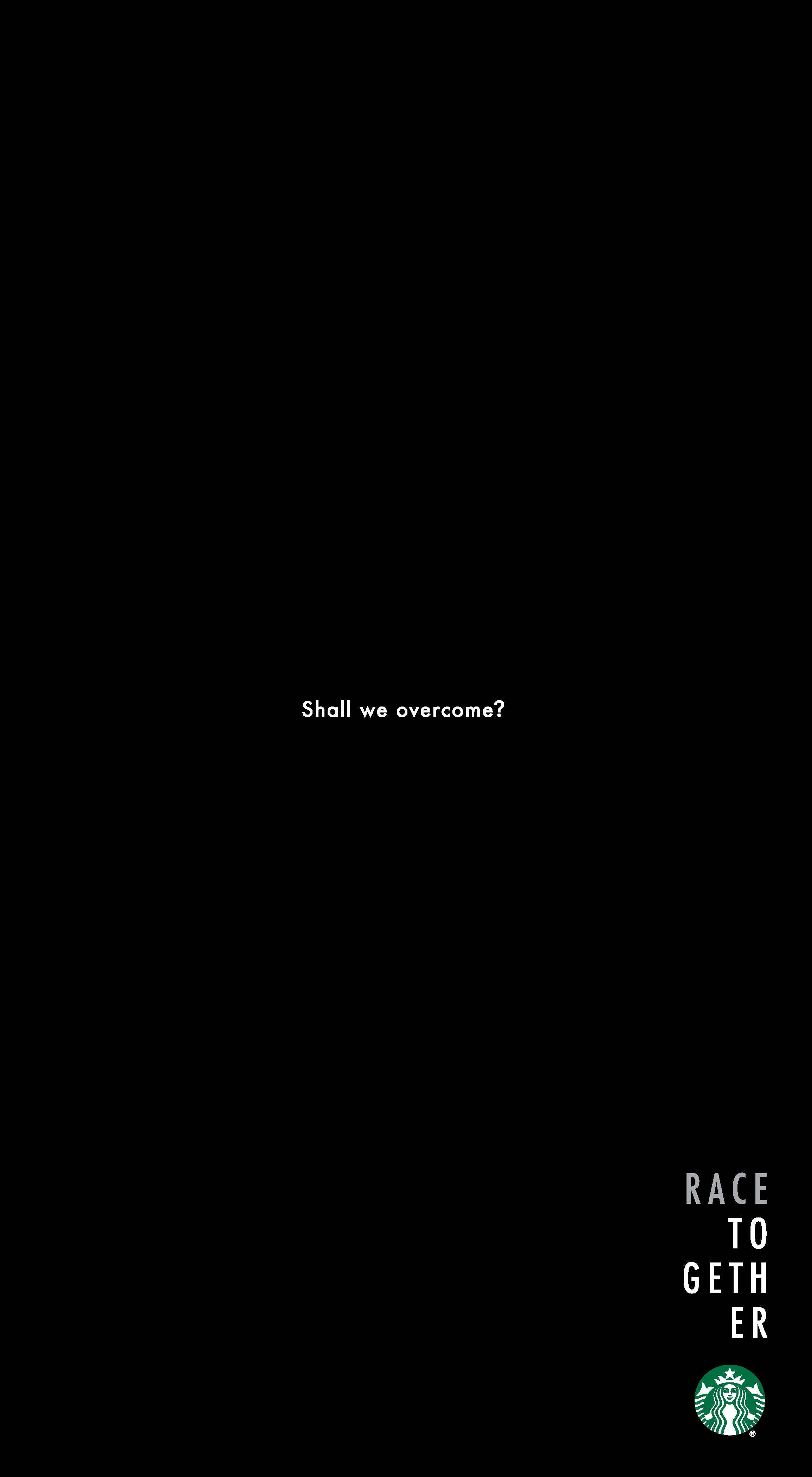 Despite leading one of America’s most famous companies, Schultz has never been one to shy away from controversy or political topics, having previously commented on topics from gun control to gay marriage. It’s therefore unsurprising that he’s eager to leave a Starbucks-shaped dent in racism.

Here’s how the Starbucks blog puts it:

Despite raw emotion around racial unrest from Ferguson, Missouri to New York City to Oakland, “we at Starbucks should be willing to talk about these issues in America,” Schultz said. “Not to point fingers or to place blame, and not because we have answers, but because staying silent is not who we are.”

Partners were not silent. For more than an hour, at an all-hands meeting at the Starbucks Support Center, partners representing various ages, races and ethnicities passed a microphone and shared personal stories.

“The current state of racism in our country is almost like humidity at times. You can’t see it, but you feel it,” said one partner.

Schultz’s proactive attempt to address race relations seems like a weird fit for his company. Starbucks’ aims are incredibly well-intentioned—and almost everyone could benefit from an honest reassessment of race in America—but “Starbucks invites race conversations with employees” is an awkward proposal, one that only got more awkward on Twitter.

y'all realize there are no coloured hands in the press photos right @Starbucks #RaceTogether pic.twitter.com/Epd9knTYfz

They can't even call a "small" coffee a "small".

How the hell is Starbucks going to fix racism? #RaceTogether

It took my barista 45 minutes to draw this on my cup. : pic.twitter.com/WJDFUvjF80

Update 2:07pm ET, March 17: Starbucks has released a meaty update on its Race Together campaign that includes autobiographical stories from Starbucks employees about race relations. Here’s one:

I’m a three-year partner in a Midwest city that would have no racial diversity if not for the college nearby. I’ve lost count of the number of times people have looked at me with a puzzled expression and then finally asked, “What are you?”  “Excuse me,” I’d say knowing exactly what they wanted to know. What race am I? My mother is black and my father is a Japanese American. “Oh,” they say walking away as if I’m from another planet.
I’m the only partner of another race in my store. I’m used to that because I was always the only person of color in school. Growing up, I was highly aware that I was different from the other kids. “Different” for most of my life meant inferior. If I’m being truly honest with myself, I still feel I’m less than those around me. That belief comes from years of subtle glares, direct put downs, and a few racial slurs. Though I don’t think about racial issues much, I talk about them even less. So the idea of bringing up this topic with customers terrifies me.
Yet, if my company can take a risk and begin talking about diversity publically, then I can step out of my comfort zone. Starbucks is brave. I will be too. Race Together.