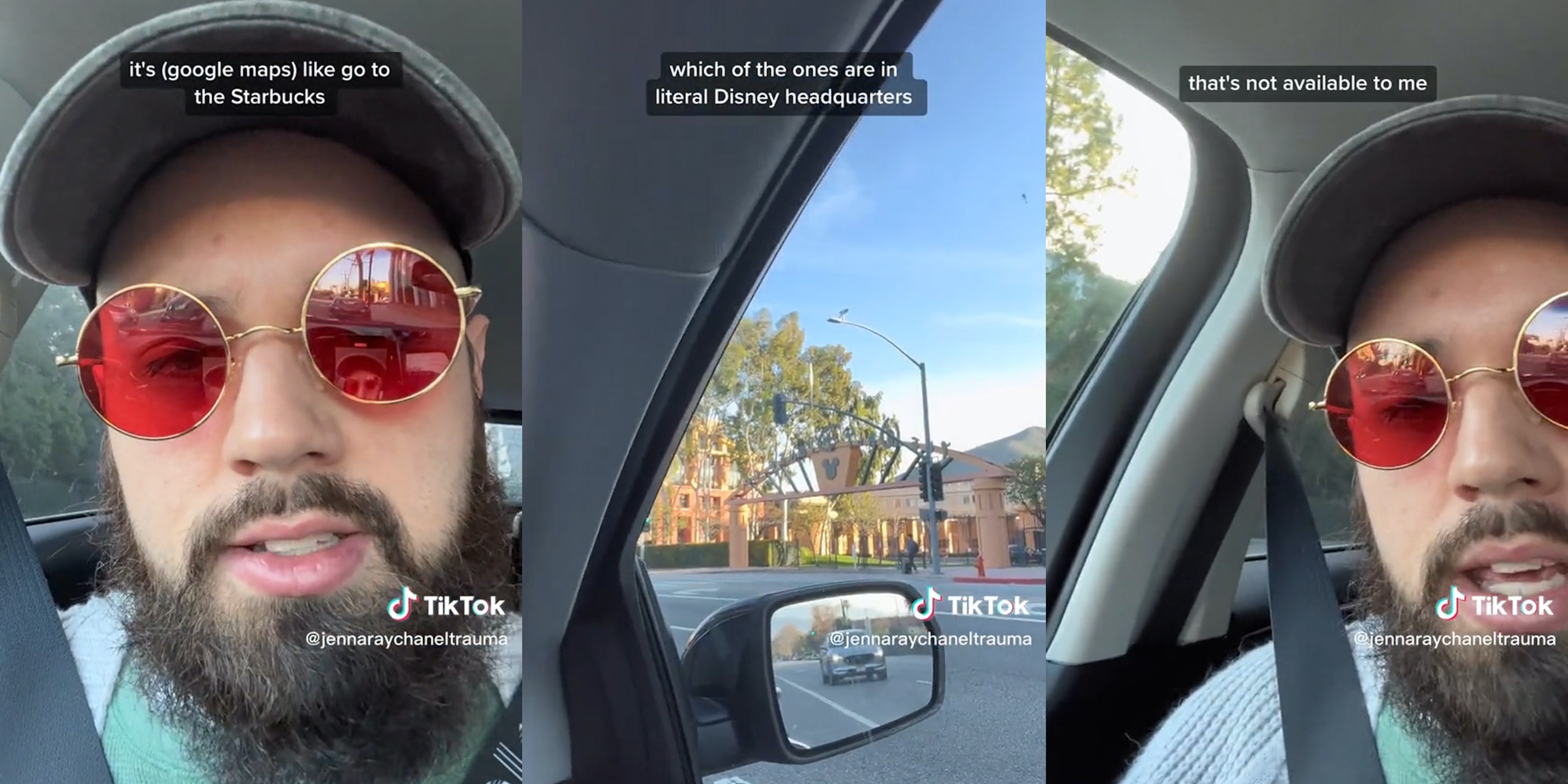 'That's not available to me.'

Mapping apps like Google Maps are now invaluable in navigation. Not only that, but they can easily help users find destinations in their area that they might want to visit, such as local attractions or coffee shops.

However, these destinations might not be as easily accessible as they appear on the map, as TikTok user @jennaraychaneltrauma recently learned.

In a video with over 499,000 views, the TikToker recounts their recent experience trying to follow the navigation to what they thought was a local Starbucks. As it turns out, the store was actually in the Disney headquarters.

Disney is gatekeeping a Starbucks. This rant has been greenlit by Disney studios

As the TikToker notes, this makes the Starbucks inaccessible for a majority of users.

“It’s like, ‘Go to this Starbucks,’” the TikToker says, referring to Google Maps. “Yeah, I’m going to go, like, slide into Disney and go sit in Bob Iger’s lap and order a Starbucks… That’s not available to me.”

According to TikTokers, this is a relatively common issue.

“The amount of times it tells me to go to the AIRPORT is ridiculous,” wrote a user.

“There was one in my office building that always had random people trying to get into the place,” recalled another.

“I’m embarrassed at the amount of times I’ve ended up inside a Target,” offered a third. “I was going to go there too eventually but that was not the original plan.”

“My GPS tried to take me to one inside of a hospital once,” claimed a further TikToker.

Other users made jokes about similarly inaccessible restaurants, such as the Taco Bell inside the Pentagon or the many fast food restaurants that populate U.S. Military bases.

Solving this issue should be easy, joked several users.

As one user put it, “Like the way these phones listen to our conversations & track everything we do, it should really know by now I have no desire to walk inside a Krogers.”

The Daily Dot reached out to @jennaraychaneltrauma via Instagram DM.